Home Liverpool ‘Pundit: Liverpool legend Gerrard was ‘on another planet’ to Lampard 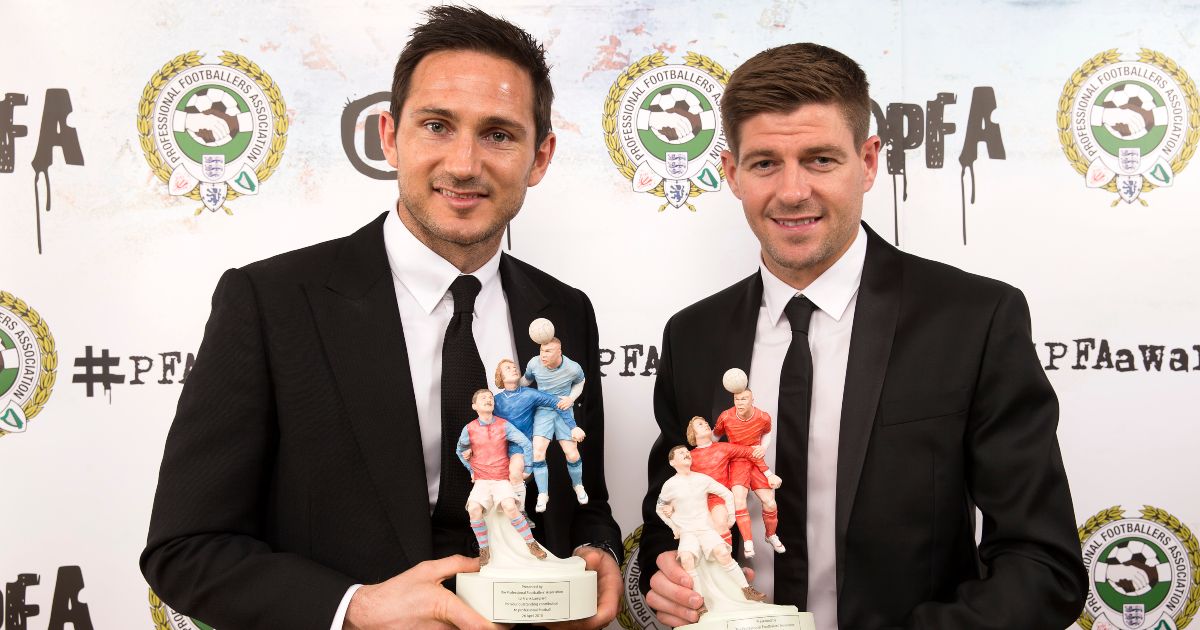 Liverpool legend Steven Gerrard was on “another planet” to former Chelsea superstar Frank Lampard during their playing days, according to former midfielder Jamie O’Hara.

Gerrard scored 185 goals in 710 appearances for the Reds during his career, while Lampard bagged 211 in 648 matches for the Blues.

Both were consistently two of the top performers in the Premier League over their time in the top flight but Lampard was the only one to win a league title.

Are we STILL feeling sorry for British managers in Premier League?

But former Tottenham midfielder Jamie O’Hara claims there is no contest as to who is the better player and that it shouldn’t even be a discussion.

“Let’s get one thing straight right now. Gerrard was on another level [to Lampard]. Another planet,” O’Hara said on talkSPORT.

“Gerrard was unbelievable, you couldn’t get near the guy. It was a joke at how good he was, he had everything. He had pace, he could score, he could tackle, he was harder than you, fitter than you, had more leadership and could drag the team on his own.

“Lampard was a goalscorer. He’d get in the box and was almost like a No.10, but as an all-round player. But Gerrard was the best player I played against by a million miles. It’s not a debate.”

Lampard could be compared to Gerrard again with the former Chelsea midfielder linked with the vacant job at Rangers, which the Liverpool legend left last week.

“If Lampard takes the Rangers job, I don’t think that’s a risk,” O’Hara added. “They are top of the league, have a decent squad and Gerrard has left them in a decent state.”

Rangers legend Ally McCoist said: “I still think it’s a great job. You are sitting top of the league, you are in the semi-final of the cup, and if you win your next home game then you are guaranteed second place in that [Europa League] group.

“To continue that is a gamble, but what an attractive job.”

O’Hara continued: “Lampard has managed Chelsea, Gerrard got that job with no experience, which was a huge job for him.

“Lampard has to go in and back himself to be if not better than Gerrard as he’s already had the experience of managing derby, Chelsea in the Premier League and got them Champions League football.

“Lampard goes in there with huge credentials.”