Home All The News Pundit: Maguire, Wan-Bissaka ‘struggling’ at Man Utd after moves 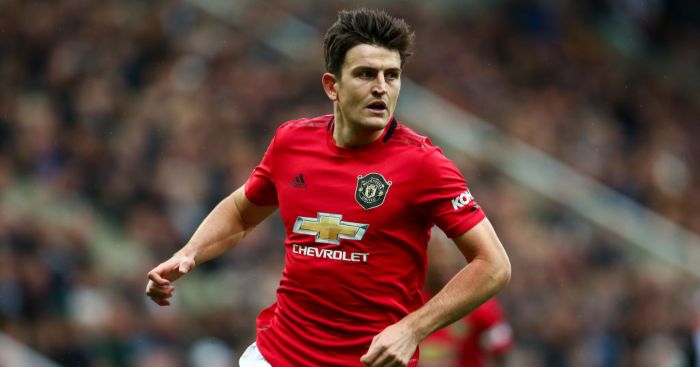 The Red Devils splashed out around £130m to bring the pair to Old Trafford this summer, with Maguire fetching a world-record £80m fee for a defender from Leicester and Wan-Bissaka narrowly avoiding the tag as the most costly full-back of all time when he moved in a £50m deal from Crystal Palace.

However, United have struggled badly this season, with the club making their worst start to a season in 33 years and forcing Maguire to tell the club a few home truths following Saturday lunchtime’s disappointing 1-0 defeat at Bournemouth.

“Of course it’s a setback. It’s a defeat, we don’t like defeats,” the England international told the club’s official website.

“Wherever we play, we go to play for three points. It’s disappointing.

“The four away games in 11 days, or whatever it is, is tough for the boys. But no excuses we felt good physically, we felt good mentally. We were going in with confidence.

“We’ve got to now get our heads down and we look forward to Thursday and then another big game before the international break where we must bounce back.”

United will look to get back on track in Thursday’s Europa League clash at home to Partizan Belgrade on Thursday and Nicholas reckons Solskjaer will hope to see an improvement from his summer signings.

“We keep going around the houses with Manchester United,” the pundit told Sky Sports. “Jeff Stelling asked if they had turned a corner but none of us could see it, they have not developed yet.

“Anthony Martial is back and Marcus Rashford is finding some form, while Scott McTominay has been playing well, apparently.

“I would say he has been playing better. He has probably been Manchester United’s most consistent player.

“Elsewhere, Harry Maguire is struggling and so are the full-backs. The young players are striving a bit, but it is a hard environment for them.

“But Martial will turn up here [against Partizan] and it should be an easy enough night for Ole Gunnar Solskjaer’s side.”

United looked like they had turned a corner by holding Liverpool to a draw and then claiming three straight wins on the road at Chelsea, Norwich and Partizan Belgrade, but the defeat at Bournemouth saw them brought back down to earth with a bump.

And Solskjaer acknowledged that matches at Bournemouth are the type of games the club needs to be winning if they are to finish in the top four of the Premier League this season.

“It is a step back for us,” he said. “If you want to get into the top four you need to win games like this. But we need to shake it off and go again.”