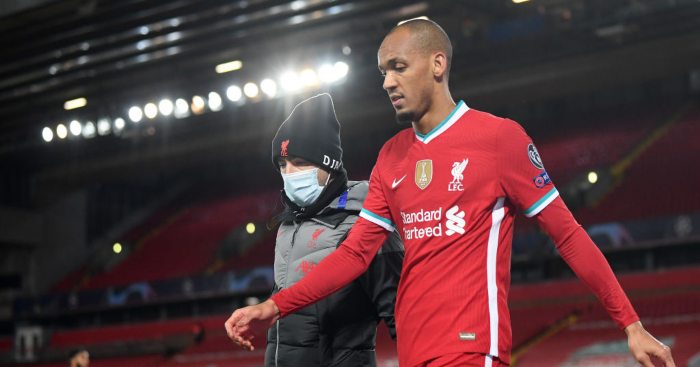 Fabinho and Paul Pogba will be decisive as Liverpool hope to retain their Premier League title.

Liverpool are top of the table after 16 games, with a three-point gap to Manchester United in second place.

The two teams face one another on January 17 – although United hope to reschedule their postponed match against Burnley in the interim to put more pressure on the current leaders.

Crooks sees one player from each team being vital in determining who wins the crown: Fabinho and Pogba.

‘When I heard Virgil van Dijk was out for the best part of the season I immediately thought ‘there goes the title’,’ he told BBC Sport.

‘The situation was further compounded when Joe Gomez suffered a long-term injury shortly afterwards. Two centre-backs who were so vital to Liverpool’s fortunes were no longer available. Suddenly Manchester United, Chelsea, Tottenham and Manchester City all thought they were in with a chance.

‘Well that was before Fabinho moved out of Liverpool’s midfield and into their back four and performed like a colossus. With Joel Matip now added to that casualty list, should anything happen to Fabinho it really is curtains for the champions.’

He added: ‘By the way, if Pogba does turn up this season Liverpool may have a serious problem.’

Pogba has featured 12 times in the Premier League this season, his eight starts producing four wins, a draw and three defeats, as well as a single goal against West Ham.

Fabinho has attracted praise from Jamie Carragher for slotting into central defence during the absence of both Van Dijk and Gomez as Matip also struggles for fitness.

Liverpool have been offered hope of a Van Dijk return soon after Dutchman Clarence Seedorf posted an update on the centre-half’s recovery from a long-term knee injury.