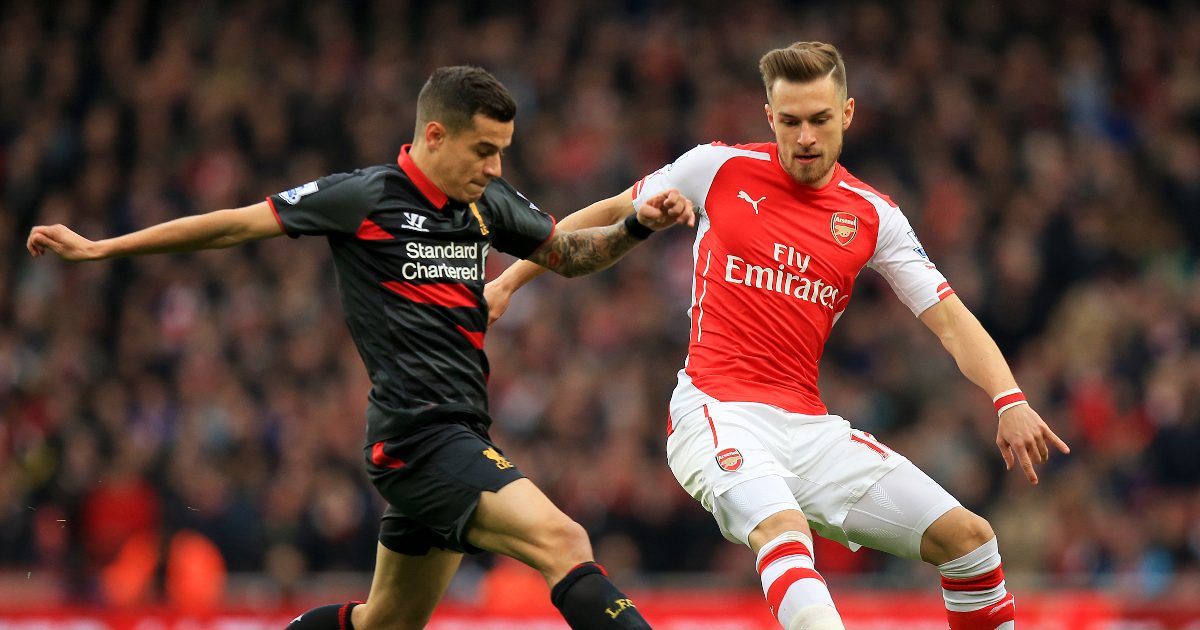 Gabriel Agbonlahor has called for Newcastle United to bring in Aaron Ramsey and Coutinho as their first signings under their new ownership.

Reports first emerged last Wednesday that the Magpies’ Saudi-led takeover was back on.

This came as Saudi Arabia settled its broadcasting dispute with beIN Sports.

The takeover was announced on Thursday evening. Steve Bruce is expected to leave the club in the coming days.

The Magpies are currently winless in the Premier League from their seven games this season. They have three draws and four defeats in the league.

Talk quickly switched to which players Newcastle United will sign during the winter transfer window.

Agbonlahor has told talkSPORT that Newcastle should target Ramsey and Coutinho. Ramsey spent eleven years at Arsenal up until the end of the 2018/19 season.

The Welshman joined Juventus in 2019 and he has only started once for them in Serie A this season.

Coutinho meanwhile shone for Liverpool between 2013 and 2018. He has gone onto have an underwhelming spell at Barcelona.

Agbonlahor said: “I’d go and get Ramsey or someone like that.

“He’s still a good player and it isn’t working for him at Juventus at the moment.

“I’d target those kind of players where you don’t have to pay them silly money.

“I’d take Coutinho, too, because we were talking about the Man City takeover and they had Robinho come in.

“Coutinho’s not really playing his football properly at Barcelona, and Barcelona will take anything – they still owe Liverpool for him, don’t they?”

“Barcelona could say: ‘You cancel that Liverpool debt, and you can have him!’”

Elsewhere, Darren Bent has suggested that Callum Wilson and Allan Saint-Maximum will be the only players feeling safe at Newcastle:

“The two players who will be at ease are Callum Wilson and Saint-Maximin.

“They would probably be the last to go but everyone else (should be worried).

“You look at their place in the league table, how could the players in a team that is second from bottom think they’re alright?

“I don’t think there’s a rush with the goalkeepers Darlow and Dubravka, but the rest of the team won’t be thinking ‘I think I’m alright’ with the team second from bottom.”