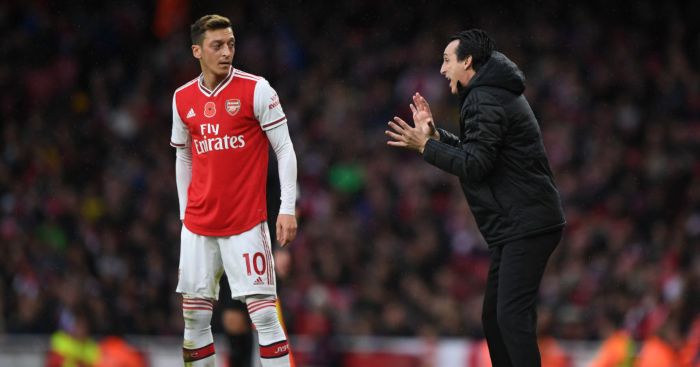 A section of supporters have turned on the Spaniard following a run of two wins from their last nine Premier League games.

Özil started the match for the Gunners after his impressive performance against Liverpool in the Carabao Cup – but Cascarino just saw his selection as a move to “appease the Arsenal fans”.

“If the Arsenal manager genuinely believed Özil was the man to lift his faltering team, he would have used him more than twice in the Premier League this season.

“Instead, his selection seemed motivated by a desire to appease the Arsenal fans.

“If Emery is to turn things around at the Emirates, he needs to do more than simply pick a fan favourite.”