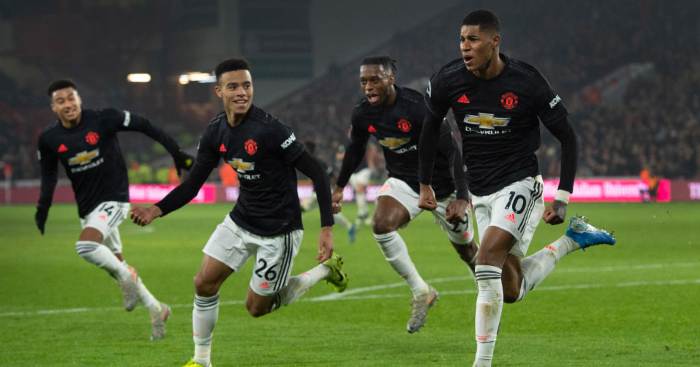 Owen Hargreaves thinks there is only “one thing” that Manchester United could take away as a positive from their 3-3 draw against Sheffield United on Sunday.

Chris Wilder’s promoted side have been so impressive this season that few eyebrows were raised at the fact they headed into this encounter ahead of the 20-time league champions in the standings.

The Blades put on another stirring show of organisation and creativity on Sunday and were on course for their first win against Manchester United since 1993 thanks to John Fleck’s bundled effort and a fine Lys Mousset strike.

The visitors were outthought and outfought for long periods at a bouncing Bramall Lane, but, with the shadow of the newly out-of-work Mauricio Pochettino looming large over Ole Gunnar Solskjaer, his side went on the most unlikely of seven-minute scoring sprees.

Yet Wilder’s men are made of stern stuff and dug deep, with Oli McBurnie coming off the bench to secure a draw in the 90th minute as a crazy game came to a fitting conclusion.

“Good luck making sense of that. For 70 minutes they were dreadful, they really were dreadful – that was probably their worst performance of the season,” Hargreaves told the Premier League (via the Metro).

“The first half was a disaster, nothing short of. Sheffield United should have been up by more goals, but he [Solskjaer] made changes.

“The one thing you can take from it is that the young kids stepped up, so almost kind of out with the old, in with the young guys. That’s what you’ll get from today. Because his team shape and the inclusion of Phil Jones did not work.”