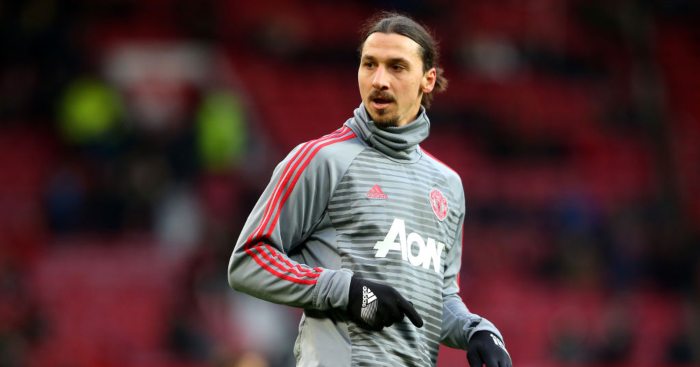 Former defender Clayton Blackmore claims that Zlatan Ibrahimovic is the “only thing” that can “save” Manchester United this season.

The Swede scored 28 goals in all competitions for the Red Devils in his first season at the club as they won the Europa League and League Cup.

Ibrahimovic was handed a short-term deal the following campaign but injury hampered his progress and he left for America in March 2018.

Since then, he has scored 52 goals in 56 appearances for LA Galaxy and Blackmore – who must have been reading our Mailbox – thinks he could still help United this season.

“We’re lacking a target man and the only thing that is going to save us this season is Ibrahimovic,” Blackmore told the Daily Mirror.

“He has thrown his name in the hat and he’s probably the best target man you can have.

“He’s 6ft 5in, he’s a black belt and he fancies his chances against ­anybody.

“He’s still scoring goals, too. We have got rid of so many good ­strikers – (Wayne) Rooney went, (Robin) van Persie went, loads of them.

“These players have gone but they haven’t been replaced. Bringing Ibrahimovic in is a no-brainer.

“He doesn’t run, but he doesn’t need to because he is that good.

“There are not many players who can jog around the pitch and ­control the game, but, when he was here before, we won trophies with him, when he was fit.

“We should try and get him in January or whenever we can ­because he can lead the line.

“If we played someone up front alongside him, then the goals will come, I’ve no doubt about that.”