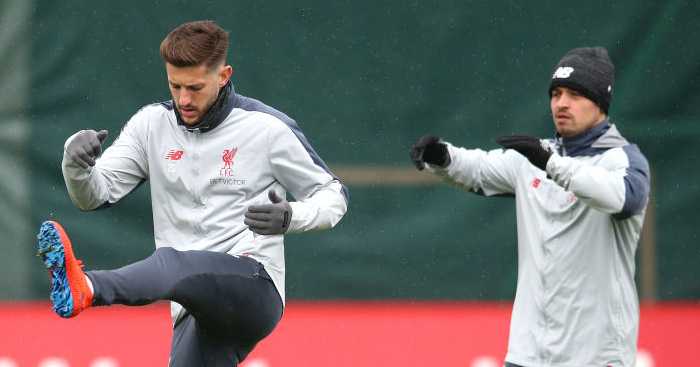 Liverpool midfielder Adam Lallana “would be perfect” for Manchester City, according to Danny Mills.

Lallana seems likely to call time on his five-year Liverpool stay this summer as his contract enters its final year.

The 31-year-old has started just six games in all competitions this season, with injuries taking their toll and Jurgen Klopp’s midfield reinforcements knocking him down the pecking order.

He could still feature in his second consecutive Champions League final next month due to a UEFA rule change, but might leave at the end of the season to pursue regular football.

Mills feels his style “would be perfect” for Premier League winners City.

“You almost forget about him but he is very gifted and a talented footballer,” Mills told Football Insider. “I would almost say he more fits the Man City style, he’d be perfect for them with his short, darting runs and clever runs in behind.

“As you start to get older, you realise you are not invincible and your career is not going to go on forever. Liverpool will definitely want to keep him but it might come down to him wanting to reignite his career.

“If that’s the case, he’s going to go. He’s such a good player he won’t be short of interested clubs.”