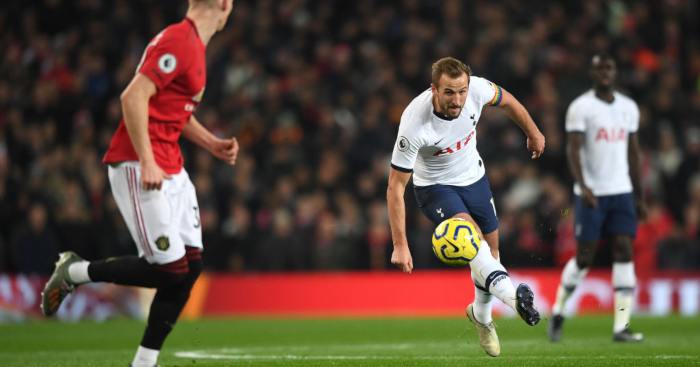 Tottenham striker Harry Kane could be tempted into joining Manchester United this summer if they brought in Jack Grealish and Jadon Sancho this summer, according to former England international Darren Bent.

In an interview with Jamie Redknapp on Sunday, Kane revealed he will not simply stay at Tottenham “for the sake of it” and could leave if the club isn’t progressing in the “right direction”.

Aston Villa playmaker Grealish and Borussia Dortmund winger Sancho have both been heavily linked to Man Utd and Bent reckons those two signings could convince Kane to follow.

FEATURE: Now to return The People’s Game to its rightful owners…

“He said something I was quite intrigued by, ‘if we’re not progressing as a team’,” Bent said on talkSPORT.

“So if they were going to win the League Cup, is that in his eyes progression to keep him there for another five, six years? I’m not quite sure.

“Where does he go then? The question is what club? I think there are about five or six out there that would take him. Not right now [can I see Kane joining another Premier League club].

“You’d have to say Liverpool no, quite set with their front three, Manchester City no, Manchester United potentially, especially with the way they’re going, especially if they add, there’s talk about Grealish and Sancho.

“Looking at the situation, looking at Manchester United, it’s whether they can afford him.

“They probably could but it’s whether they can afford him, Grealish and Sancho all in the same window – I don’t think that’s going to be possible.

“So I can see him going abroad but for his own ambition as well, where are Spurs going?

“I can see him giving it another year and then making a decision.”