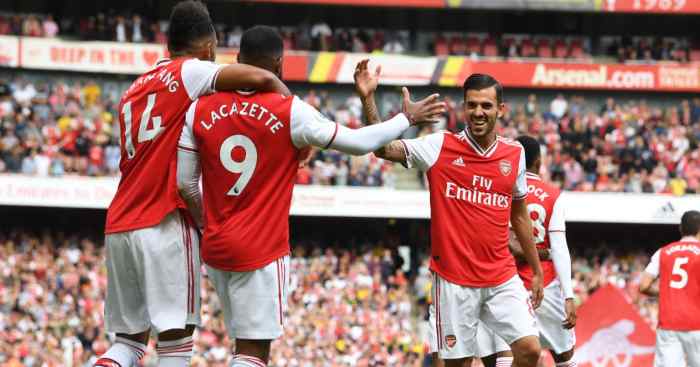 Arsenal don’t have a chance of winning the Premier League title because of their leaky defence, according to former Liverpool defender Steve Nicol.

The Gunners have got off to the perfect start in the Premier League with an away win at Newcastle United and a home victory over Burnley giving them maximum points so far this term.

It is the first time in ten years that Arsenal have won their opening two Premier League matches of the season, however Nicol doesn’t think fans should get ahead of themselves.

“They can’t defend well enough, as simple as that. They can score goals, yeah [they’re fun to watch].

“[Nicolas] Pepe was running with the ball, running at defenders, all the things we love to see. You can’t argue that they defended well against Burnley.

“Arsenal won all the important second balls in their own box. So you can’t say they didn’t defend well today.

“The problem is, how consistent are they going to be throughout the season defensively? So that’s the reason I would say they can’t win it.”