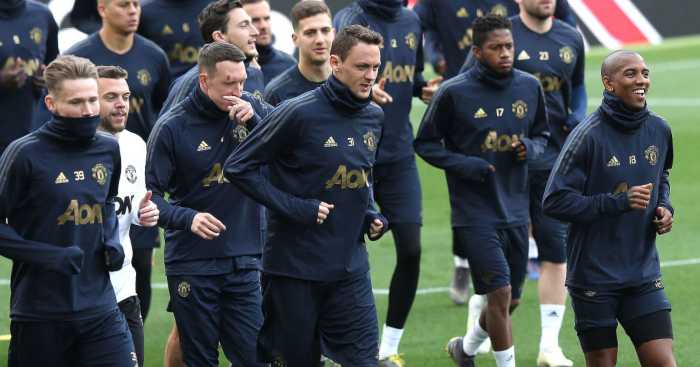 Charlie Nicholas says Scott McTominay and Fred are struggling to keep the ball when Manchester United are in possession.

The international break was an uncomfortable period for all connected to the Old Trafford giants, with the loss at struggling Newcastle leading focus to increase on players, manager Ole Gunnar Solskjaer and the entire background structure.

Yet United rallied impressively and came out fighting against reigning European champions Liverpool, with Marcus Rashford putting the hosts ahead on an afternoon when they would fall just short.

Nicholas told Sky Sports: “This is another difficult game for Man Utd. It was a Jose Mourinho-style performance against Liverpool.

“I can never remember United, even when I have seen them on the back foot and having poor times, seeing them knock 50-60 yards to get five or six seconds breathing space. United nearly won ugly.

“Anthony Martial is fit and I think he will start, while Marcus Rashford started, scored and played well against Liverpool.

“Ole Gunnar Solskjaer will want to go to a back four, but their midfield cannot keep the ball. Scott McTominay and Fred are grafting but they cannot pass the ball.

“It is another awkward night for Manchester United, but 1-1 would be a decent result for them and that is saying something.”