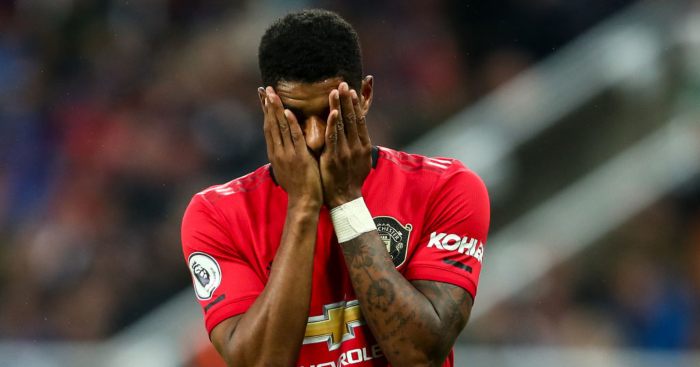 The lack of “leadership” and “bravery” after going behind was the most shocking aspect of Manchester United’s loss at Newcastle United on Sunday, according to Tony Cascarino.

Ole Gunnar Solskjaer’s men slumped to a 1-0 loss at embattled Newcastle, where 19-year-old Matty Longstaff’s goal on his Premier League debut sent the visitors into a tailspin.

It is now 11 matches in all competitions since United last tasted victory on the road, with the side entering the international break 12th after managing two wins from their eight league games.

“There were times when Manchester United didn’t look too bad. Newcastle, for the most part, didn’t threaten them a great deal,” Cascarino told The Times.

“This United team just slumped their heads. It felt like they were asking themselves: ‘Who do we look to?’

“There is no Eric Cantona, no Roy Keane, no Ruud van Nistelrooy, no greats of the past to which they could turn. And how did they react to that? They wasted passes, they couldn’t find their colleagues.

“They must be hoping that the January transfer window comes quickly, next summer too.

“Everywhere I looked in the defeat by Newcastle, I saw weakness. If they do get rid of Ole Gunnar Solskjaer, then whoever comes in will need to ask for six or seven new players. It could cost them £500m.”