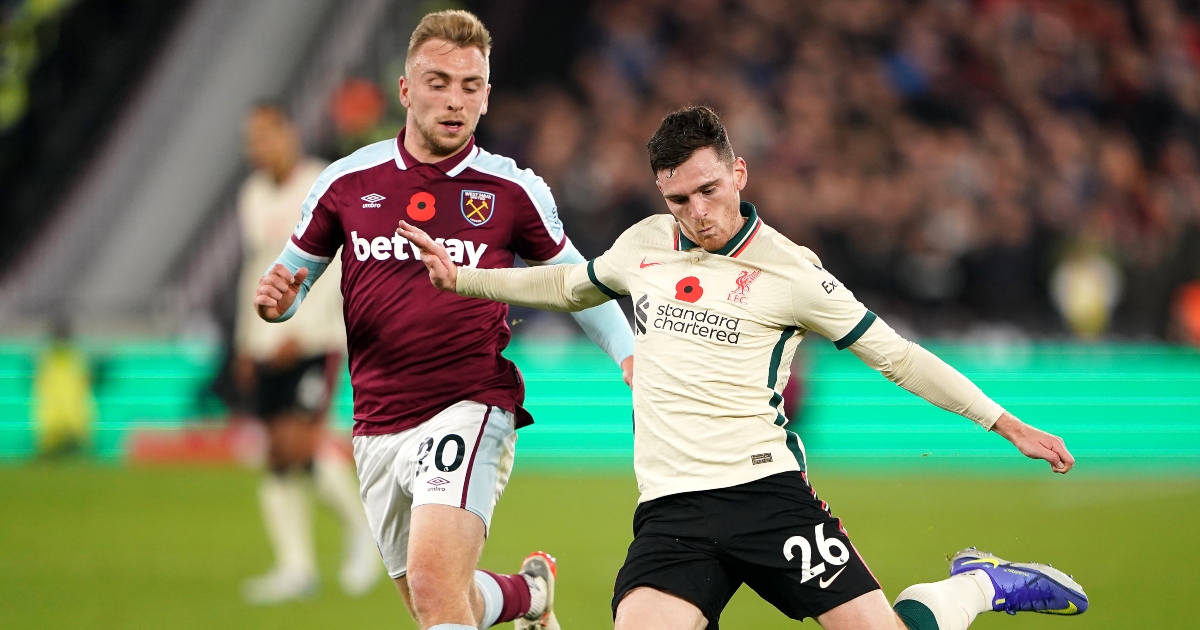 West Ham winger Jarrod Bowen is ‘a bit like Mohamed Salah’, according to Tony Cascarino amid reports linking him to Liverpool.

Bowen has been in fine form for the Hammers so far this season and has gone from strength-to-strength for David Moyes’ side since his 2020 move from Championship side Hull City.

The winger has been praised by Liverpool manager Jurgen Klopp in the past and has been touted as a possible attacking reinforcement for the Merseyside club.

The West Ham man has now seen himself compared to Liverpool’s own talisman, Mo Salah.

Egyptian forward Salah has lit the Premier League alight this season, except from on Tuesday night when his penalty miss saw Liverpool beaten by Leicester City.

Contract negotiations between the club and Salah have been ongoing all season but the two parties are yet to come to an agreement. The 29-year-old is out of contract at the end of next season.

With speculation over Salah’s future likely to keep mounting the longer it goes without the forward signing a new deal, Liverpool will continue to get linked with potential replacements, like Bowen.

Former Chelsea forward Cascarino believes the Englishman he is quite similar to Salah.

Speaking to talkSPORT, Cascarino said: “He had an amazing goal record at Hull City before West Ham bought him.

“It was something like 50-odd goals in 120 appearances. That’s not bad for someone who is not a natural centre forward.

“He’s direct and he’s a bit like Salah where he always seems to get a chance in a game and will run at people and play in different positions. He has great energy. He will help his full-back out all the time.

“He’s come on leaps and bounds and you have to give David Moyes credit for that. He’s stayed with him.

“[Said] Benrahma is more skilful, on the other side he’s got loads of tricks in his armoury. Bowen is more predictable but very effective. He will always outscore Benrahma.”

Elsewhere, Gabby Agbonlahor has told Chelsea to recall Billy Gilmour from his Norwich loan spell after reports of abusive chants to the midfielder.

“If I am Chelsea now, I’m bringing him back now – ‘pack your stuff, get yourself back and we’re going to find you a club in January that are going to play to your strengths’.

“He’s playing with Championship players. They’re not good enough, the players he’s playing with. He needs to play with players that want to play football, with him, his sort of football. He’s going to waste six months of his career staying there until the end of the season. I’d drag him back.”