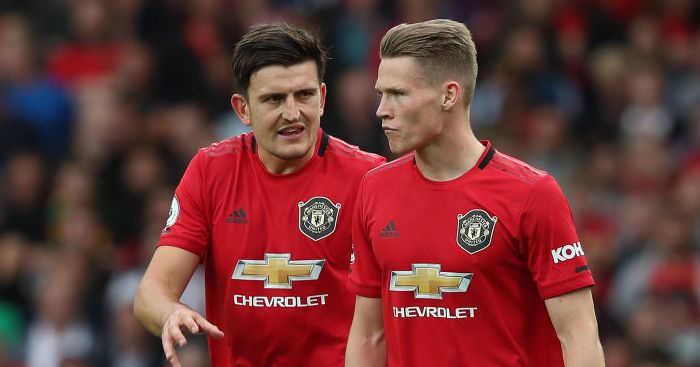 Former Tottenham midfielder Jamie O’Hara has predicted Scott McTominay will be a Manchester United captain of the future.

The Red Devils are unbeaten in their last four games in all competitions, and the Scottish international has been key to that run.

The 22-year-old produced another solid performance against Chelsea in midweek as Ole Gunnar Solskjaer’s side beat the Blues 2-1 in the Carabao Cup.

“I think he is a future Man United captain. I really think he is that good,” O’Hara told talkSPORT.

“He is going to be there for a very long time and he has been at the club since he was five. It’s in his blood is Man United.

“He has said before that he wants to stay and fight (rather than go on loan) and I love that about him.

“He has got so much to give. We give Man United a bashing sometimes and we have praised players like (Harry) Winks.

“He is playing in the middle of the park for Man United and he’s doing really well.”

“He is a future Man United captain. I think he’s that good.” 💪

“I think he gets into Liverpool’s team… I think he’s better than Henderson.” 🔴@MrJamieOHara is a massive fan of #MUFC’s Scott McTominay

Do you agree with what Jamie said? 🤔 pic.twitter.com/wi5uEIzLzj

O’Hara also added that he McTominay would get into Liverpool’s side under Jurgen Klopp.

“I think he gets into Liverpool’s team. I think he is going to be better than (Jordan) Henderson. He would be a big part of their side,” O’Hara added.