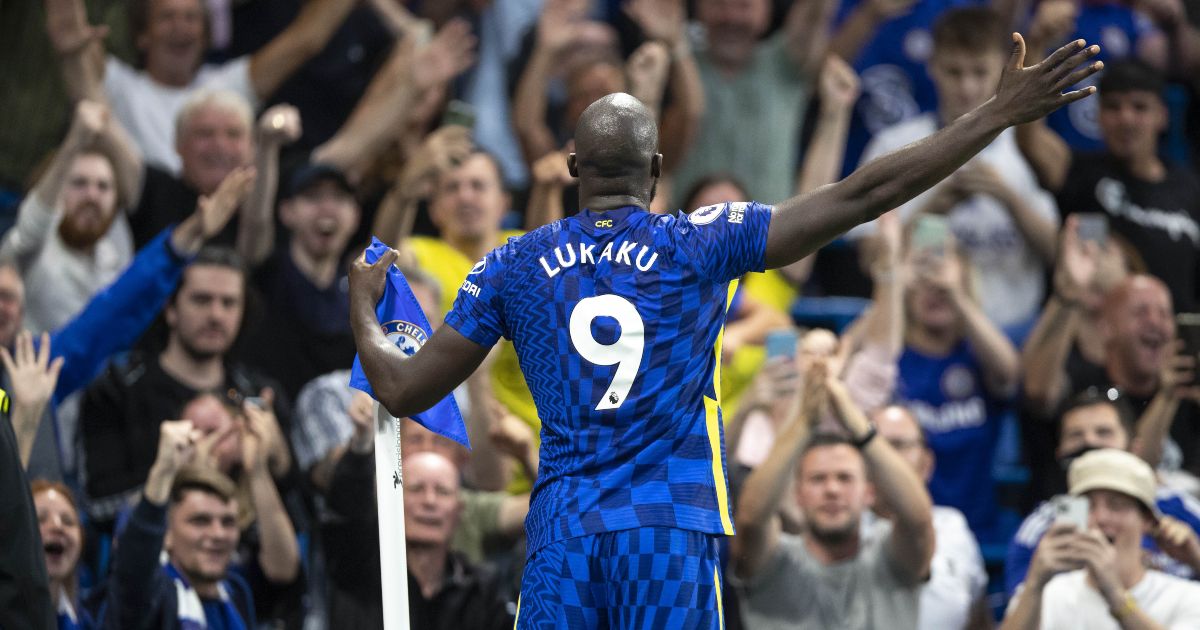 Romelu Lukaku can get 28 goals this season for Chelsea, according to former Premier League striker Gabby Agbonlahor.

The Belgium international has bagged three goals in his first three matches for the Blues this season after re-joining the Premier League club from Inter Milan for £97.5m in the summer.

Cristiano Ronaldo made a great start to his time at Manchester United too, scoring two goals against Newcastle on his second debut for the club.

And ex-Aston Villa striker Agbonlahor reckons Lukaku and Ronaldo will be competing for the Golden Boot towards the end of the season.

“Lukaku and Ronaldo can get 28 goals,” Agbonlahor said on talkSPORT.

“You think of 28 and you think ‘wow its a lot of goals’ but the way he’s scoring at the moment and the way he’s playing you’d back him to score in 28 games.

Agbonlahor feels there are very few strikers in the world who would’ve scored Lukaku’s first against Aston Villa on Saturday.

He added: “Most strikers there who aren’t world class would have left foot and probably got blocked or the keeper saves it.

“[Timo] Werner would have shot left-foot there and probably would have been a tame effort, keeper saves it.

“Lukaku’s clever he knows the defender thinks he’s going to shoot on his left-foot, he chops back inside and then slots it home.

“With Chelsea having someone like that whose guaranteed to score goals, that’s going to take them to the next step in winning the title.”

On Ronaldo, Agbonlahor continued: “I think everyone in the world knew Ronaldo some way would find a goal today. When they were 1-1 who comes up with a goal?

“That’s the sort of player he is, he’s going to come with those big goals when Manchester United need him.

“That’s vintage Ronaldo [the second goal], you know if he gets the ball in them positions, left foot [or] right foot he’s gonna smash through the ball and the keeper had no chance.

“That’s what Manchester United brought him in to do, get them goals.”