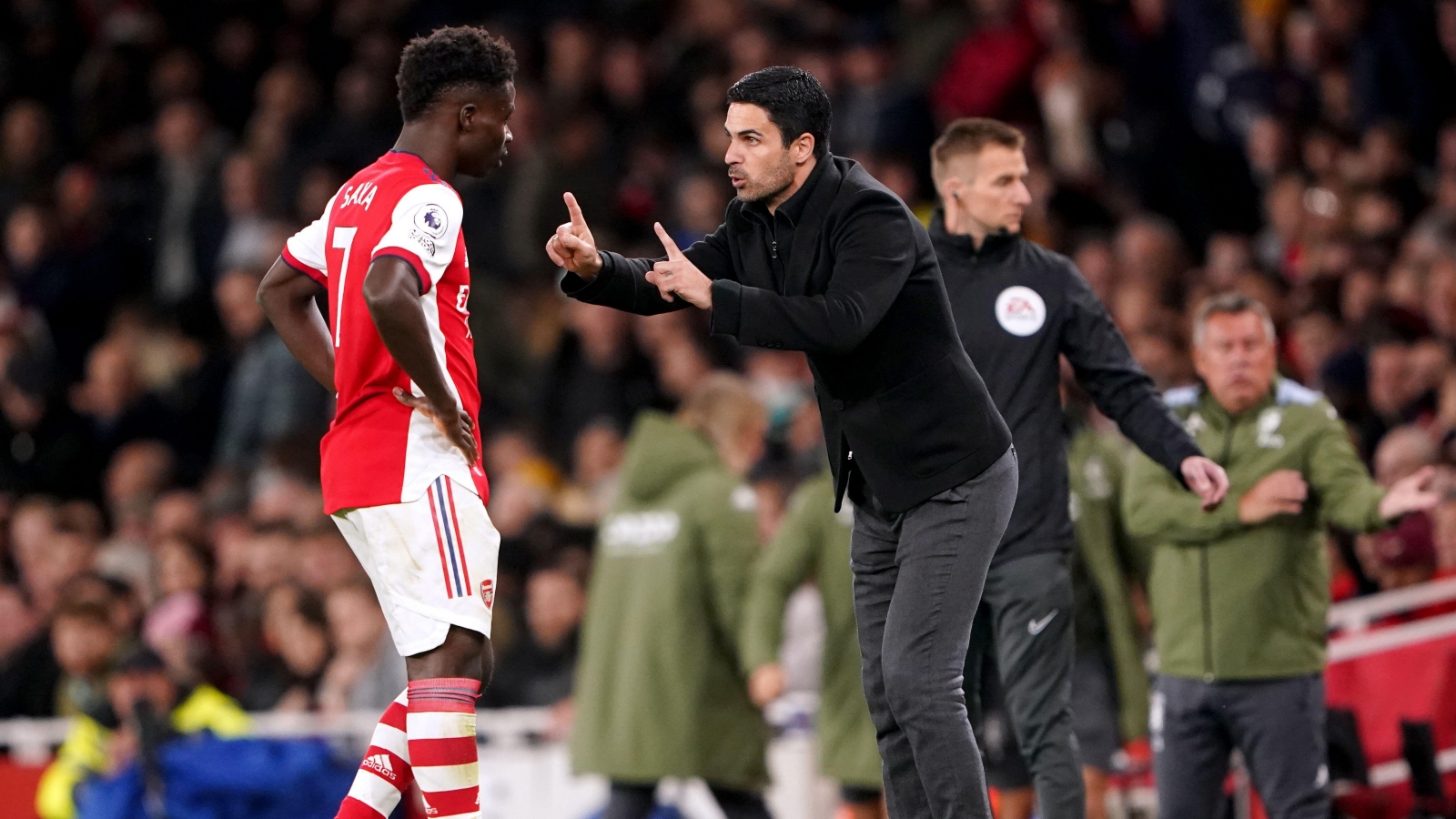 Simon Jordan believes it would be a ‘massive failure’ on Mikel Arteta and Edu’s behalf if Bukayo Saka is allowed to leave Arsenal.

Liverpool and Manchester City are both reportedly keen on signing the England winger – who is under contract until 2024.

The Gunners are very eager to tie Saka down to a new long-term deal, and former Crystal Palace owner Jordan believes Arsenal need to avoid a scenario where the 20-year-old leaves on a free transfer in two years’ time.

“Arsenal should not want to sell players who have come through their youth policy that have been developed under the regime of Arsenal’s mentality, that have come into the first team after all the endeavours of their academies to bring a young player through and then not be able to find some sort of solution to the conundrum of signing a new contract,” Jordan told talkSPORT.

“It will be a disappointing day at Arsenal if they don’t find the keys to the door to unlock the problem they’ve got with this kid signing a new contract.

“This would be a massive failing on the part of Edu, Arteta and anyone else at Arsenal that controls the direction of travel on this boy’s career.

Most league goals and assists in by U21 players in Europe's top five divisions in 2021/22:

“You’d like to think they could bottom this out and never let it run down to a contract that has no time left on it.

“The balance of power has shifted towards players and there needs to be a recalibration of that.

“It can’t all be about players like [Kylian] Mbappe who suddenly start running football clubs from who the director of football is to who the manager is.

“We are in that territory, it’s not cool and not great for football.

“Arsenal should not sell him and deal with his contract and lock him down.”