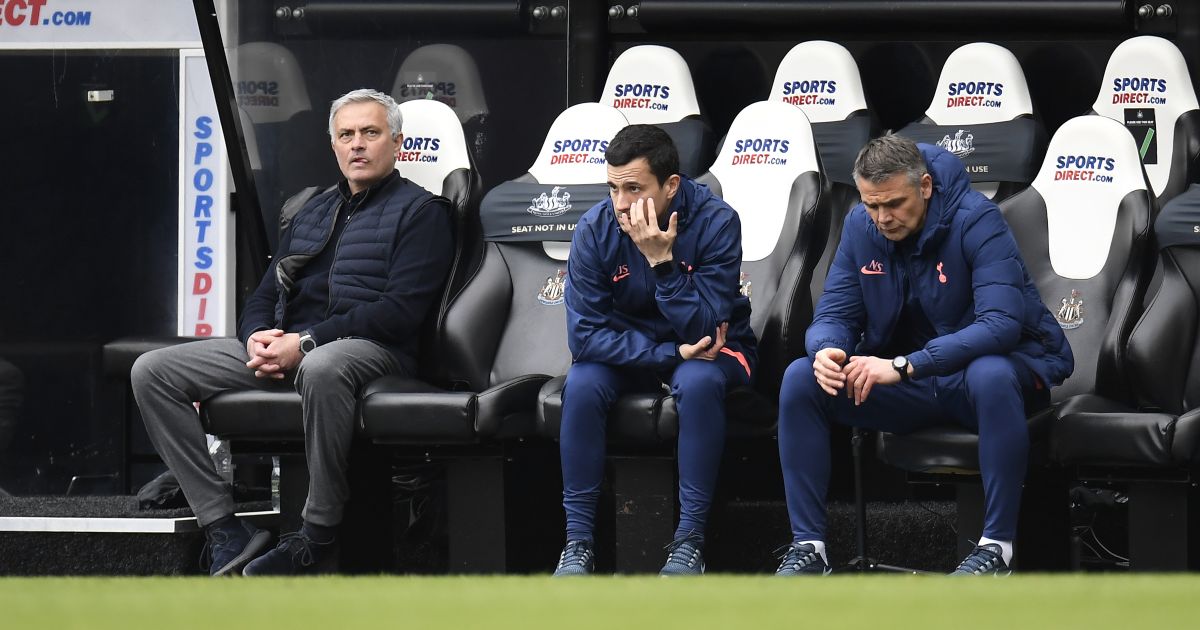 Davinson Sanchez will have Spurs boss Jose Mourinho “tearing his hair out” over “schoolboy mistakes”, according to former Premier League striker Noel Whelan.

The Magpies were 2-1 down with five minutes remaining at St James’ Park on Sunday when Arsenal loanee Joe Willock, who had been left out of the starting line-up, made just the impact head coach Steve Bruce had hoped he would when he put him on by firing home an equaliser to snatch a 2-2 draw.

Spurs have let 11 Premier League points slip this season by conceding goals in the last 10 minutes and it was the same story at Newcastle.

Sanchez has been criticised on a number of occasions this season and Whelan wasn’t impressed by what he saw against the Magpies.

“We’re talking about fine margins and you look back on goals they concede when he’s in the side and it’s always little mistakes that cost them.

“The next goal at 2-1 up against Newcastle would have killed them off but these little mistakes just kept giving them hope.

“Jose Mourinho will have been very disappointed to have kept giving Newcastle that hope. That’s not what you need when you’re meant to be going for Europe, is it?

“He’ll be tearing his hair out when he watches the goals they conceded. Schoolboy mistakes, especially from Sanchez. Shocking stuff.”

On the result, Mourinho – who was without Serge Aurier and Toby Alderweireld after the duo reported back from international duty too late to undergo the Covid tests – said: “It was a bad result.

“I’m not being disrespectful to Newcastle, but I think that is a match to win, so the result is not a good one.

“If I analyse the performance, separate it from so many mistakes that lead to instability and instability leads to hope in the opposition, if I want to analyse it separate from that, I think we were good, I would say very good in some moments.

“But I cannot do it. The game belongs to every moment and I cannot separate the game from these moments of instability, and that’s the reason why we didn’t win the game.”