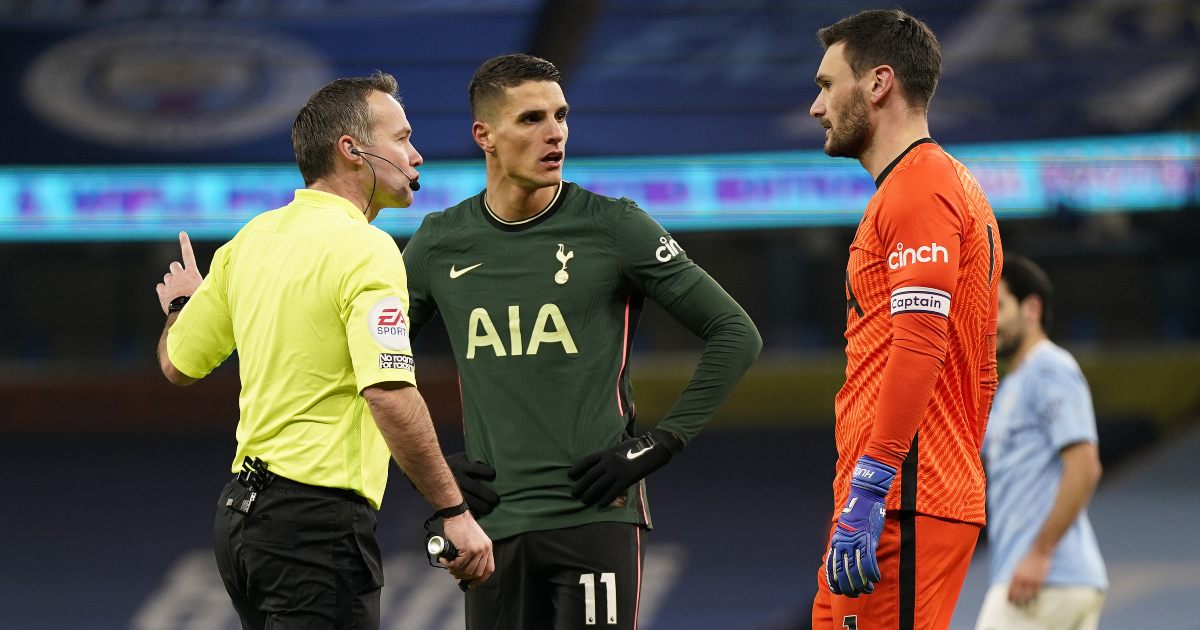 Ex-Spurs midfielder Jamie O’Hara thinks his former side’s chances of making the top four in the Premier League have “gone” after their 3-0 defeat to Manchester City on Saturday.

City midfielder Ilkay Gundogan was upended in the area by Pierre-Emile Hojbjerg in the 23rd minute but after missing a penalty in last week’s 4-1 win at Liverpool, the German deferred spot-kicking duties to Rodri, whose low effort beat Hugo Lloris.

There was no keeping Gundogan out the game, though, and two slick finishes in the 50th and 66 minutes ensured there would be no way back for Jose Mourinho’s side, who have lost five of their last six in all competitions.

The result leaves Spurs ninth in the Premier League but, despite that, they are only four points behind fourth-placed Liverpool with a game in hand.

“I actually feel a little bit sorry for Jose Mourinho, because the players are performing so poorly,” O’Hara told talkSPORT.

“When I look at Hugo Lloris, Davinson Sanchez, Erik Lamela and Lucas Moura, they just look so average and so bad, they’re making mistakes.

“In a way, there’s only so much a manager can do; when the players go on the pitch it’s up to them to produce, and they’re just not doing that at all.

“And I just feel like he’s sucked the life out of too many of them already.

“You look at Gareth Bale and Dele Alli, he’s cast them aside and hardly played them. Dele Alli wasn’t even getting on the squad, and now all of a sudden he’s putting him on and expecting him to make a difference.

“Players, especially modern day players, are going to go, ‘go away mate, you bombed me off to two months and now you’re expecting me to save the season?’ It doesn’t work like that!

“They look like a team with a severe lack of confidence right now. They look like they haven’t really got an identity of how they want to play.”

O’Hara added: “At the start of the season watching Spurs everyone was talking about how it wasn’t great football but they were getting results.

“They were resolute at the back, keeping clean sheets, bodies on the line, even Harry Kane was defending in the box. And all right, it wasn’t pleasing on the eye, but the results were there to see.

“Now it’s the complete other way, all of a sudden we’re trying to attack again, we’re not defending well, we’re leaking goals at the back, I just don’t know where we are as a team and what we’re actually trying to achieve

“Top four has gone for Spurs, I think.

“As much as I’m living in dreamland and thinking if they win their game in hand they’re only one point behind Liverpool, I just don’t think Spurs have got enough about them to get in that top four.”