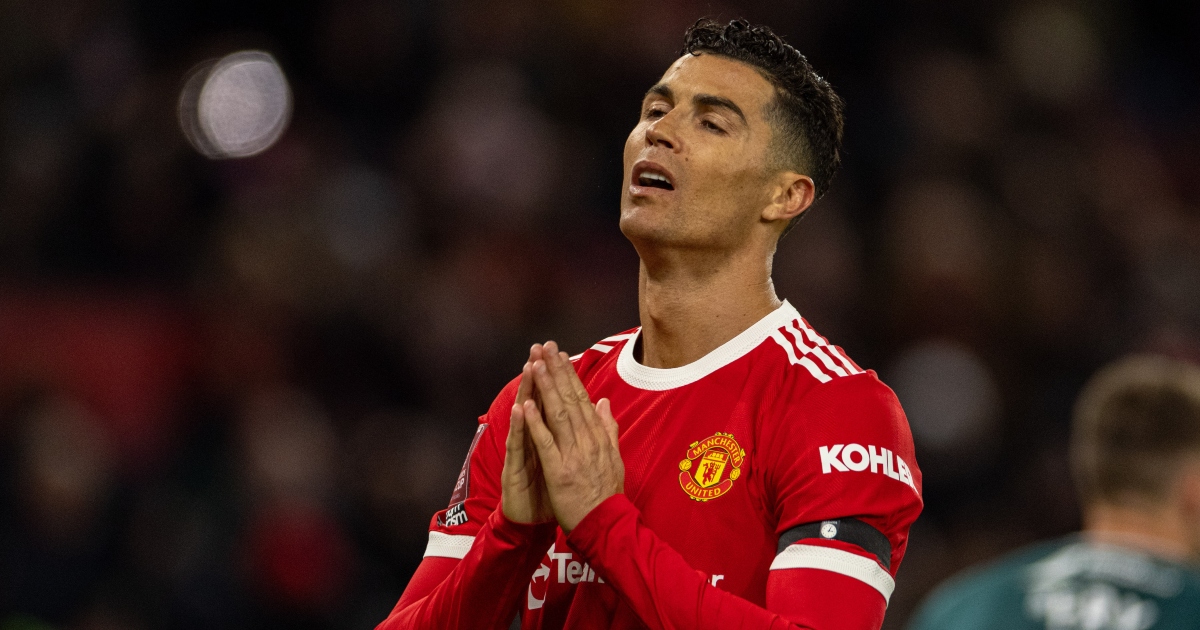 The current state of Manchester United is ‘weird’ and Cristiano Ronaldo is ‘part of the problem’ according to Carlton Cole.

United were dumped out of the FA Cup on Friday night by Championship side Middlesbrough after Anthony Elanga’s missed penalty saw them fall to a 8-7 shoot-out defeat.

Ronaldo had missed a penalty earlier in the game and former West Ham forward Cole has admitted he felt sorry for Elanga after the defeat, claiming that he needs more for the Portuguese legend, rather then relying on youngsters.

Cole told talkSPORT: “I felt sorry for Elanga. He missed a couple of chances and he missed the penalty but at the same time you’ve got to look at him and say, ‘you know what, we shouldn’t be looking to you as a young lad to come and save us’.

“It should be the other players who have the experience and hefty price tags who should be showing the youngster players what to do and how to go about this game.

“Who is in that changing room and actually leading by example? Yes, Ronaldo does it, but he came out the other day saying most of these young boys don’t listen. It’s a different era now and they respond to other things.

“What motivates these players? Is it money? Winning trophies? I can’t see it.

“I got slated for saying this about Cristiano Ronaldo before, that he’s come in and taken all the attention away from what Ole Gunnar Solskjaer was doing.

“The evidence shows, and not even just from tonight, but going on everything that has happened since he came in, Man United still have not gone to the next level.

“I’m not saying it’s just Ronaldo’s fault – a lot of things have happened – but he is part of the problem too.

“Obviously you’re going to look for Ronaldo but I don’t know whether he can lead by example anymore. He hasn’t got that tenacity.

“Where he used to be buzzing around the pitch, now he’s waiting, he’s goal-hanging right now because he’s trying to save his energy and score goals, that’s what his job is and that’s what we expect from him.

“The younger Ronaldo would have obviously been bombing around the pitch and charging about, but now he’s got to depend on his teammates.

“He’s a leader in his own way, but he can only say so much to the players. They need someone who is going to show action as well. I was looking on that pitch for a leader, and I didn’t see one.

“I don’t think Middlesbrough played that well, to be honest with you. They defended well at times, but they didn’t play Man United off the park. So what happened?

“Come on, you’re Man United and you’ve got all those stars. They didn’t shy away from playing the stars, they started a strong side at home.