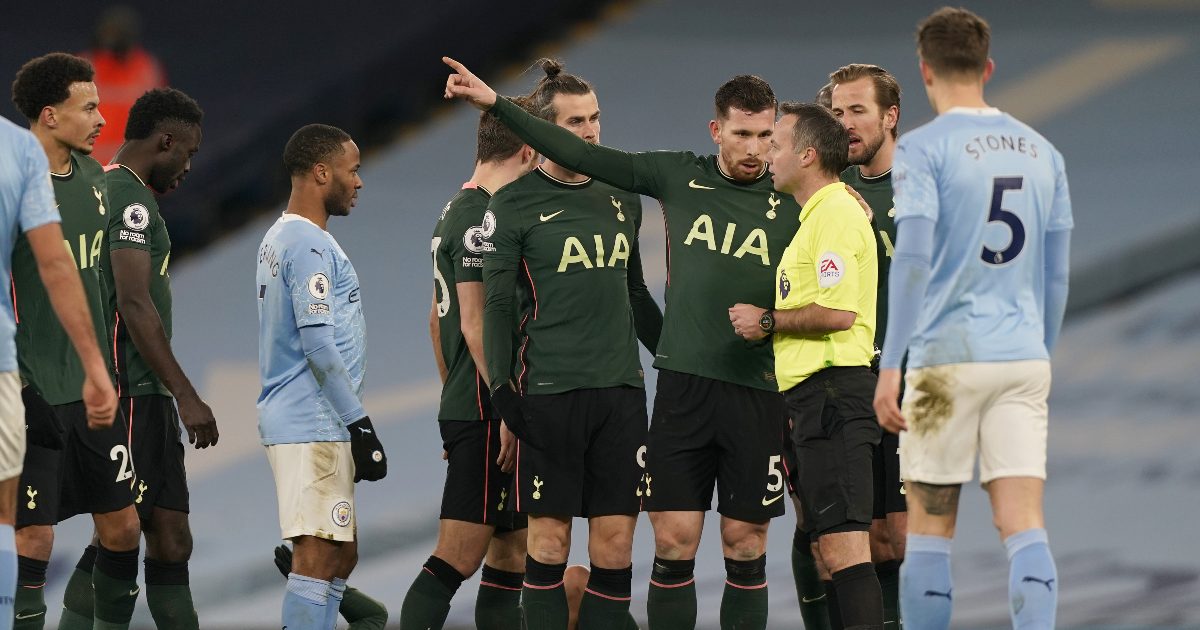 Former Liverpool defender Glen Johnson has suggested that Tottenham’s Premier League opener against Man City is “perfect” for the Londoners.

The Premier League fixtures for the 2020/21 season were announced on Wednesday.

Tottenham will host Man City in their first game of the new campaign. Other notable first-round fixtures include Manchester United vs Leeds United, Brentford vs Arsenal and Chelsea vs Crystal Palace.

Spurs are still without a manager but they are close to appointing Paulo Fonseca.

The former Porto and Shakhtar Donetsk manager spent two years in charge of Roma until he left at the end of the 2020/21 season. He was replaced by former Spurs boss Jose Mourinho.

Spurs also face uncertainties over the future of Harry Kane. He has told the club that he wants to leave this summer.

Man City and Man United are both believed to be interested in him. A deal will not be completed until the European Championships are completed.

Johnson has told Sky Sports (as cited by The Daily Mail) that Spurs can prove themselves against Man City:

“I think there will be other teams slightly happier than those two.

“But it’s a perfect chance for Tottenham.

“They are certainly going to want to improve on last season’s league position.

“There’s no better place to start than playing the champions.”

Johnson has suggested that they can come out “flying” with their opening run of fixtures against Norwich, Burnley, Chelsea, Leeds and Crystal Palace:

“If they come flying out the blocks then they could be in a really strong position come game four or five.

“Hopefully (Virgil) Van Dijk will be ready to start the season.

“Obviously (Ibrahima) Konate is a young guy but if he does well in pre-season and impresses enough then he can get that second slot.

“Hopefully Joe Gomez will be back as well so there will be some familiar faces back there and they can be more solid in defence.

“We saw last season they had to change it far too many times to try and challenge for the title.”