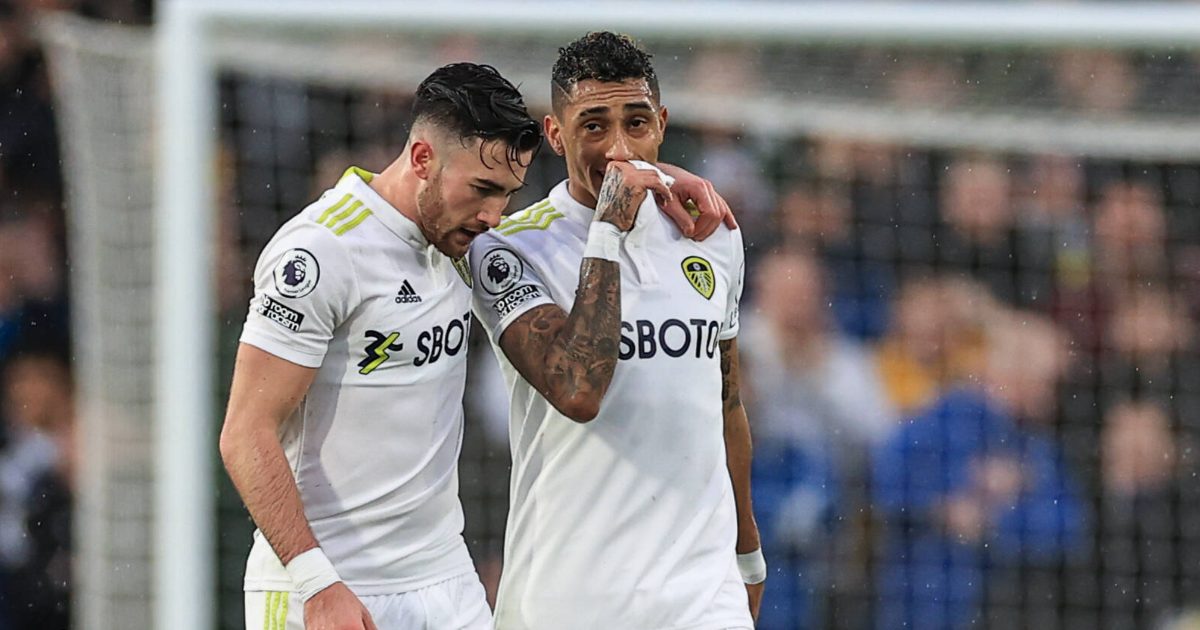 Alan Hutton suspects Leeds United star Raphinha will turn down a new deal so he can “sign for a Champions League club”.

The winger made the move to Marcelo Bielsa’s side in 2020 from Rennes. They paid around £17m to bring him to the Premier League.

Raphinha was one of the league’s breakout stars during the 2020/21 campaign.

Top ten most creative players in the Premier League

The 25-year-old has also been in great form this season as he has provided eight goals and two assists from his 18 Premier League games.

His form for Leeds coincided with him making his debut for Brazil last year and he has now been capped five times.

Raphinha’s current contract expires in 2024. Leeds are hoping that he will sign a contract extension.

Hutton is of the belief that “big teams” will be monitoring the attacker’s situation:

“He’s the standout performer for Leeds United at this moment in time,” Hutton told Football Insider.

“He makes them tick, and everything good comes through him. The players look to him for that moment of magic.

“It really doesn’t surprise me that they’re looking to tie him down long-term, because there’ll be a number of big teams out there monitoring the situation who would love a player like Raphinha.

“I totally get why Bielsa and Leeds are trying to get him to sign on.

“I’m pretty sure he’ll have his own ambitions and want to play at the highest level. No disrespect to Leeds at all, but he will want to play in the Champions League at some point.

“He always looks happy playing for Leeds, but it’ll be interesting to see how the talks go. He could reject the contract and sign for a Champions League club.”

Earlier this week, Gabriel Agbonlahor suggested that “it doesn’t make sense” for Raphinha to stay at Leeds:

“I don’t think so, to be honest. I look at Raphinha and he knows he could be playing Champions League football tomorrow, he’s that good.

“It doesn’t make sense for him and his agent to sign on for Leeds, to be honest.

“He’s onto bigger and better things than Leeds can offer him.”