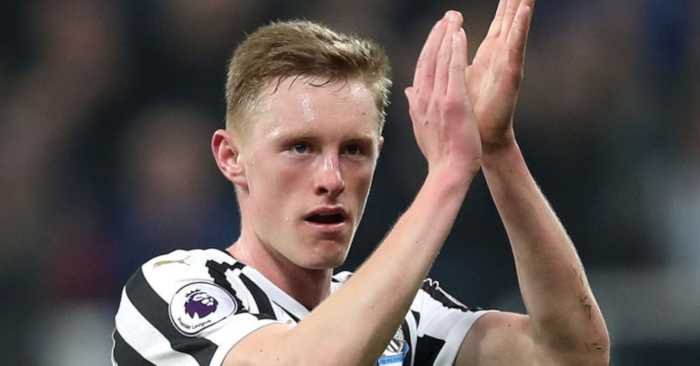 Sean Longstaff has been warned against moving to Manchester United this summer.

Longstaff emerged as a surprise transfer target for United last week, with Sky Sports claiming Ole Gunnar Solskjaer was ‘interested’ in the midfielder.

Newcastle denied that their Premier League rivals had made an approach however, and insist Longstaff ‘is not for sale’.

Danny Mills hopes the club follow through on the promise, telling the 21-year-old that his interests as a young player will be served better by Rafa Benitez than Solskjaer.

“If you are a young player like Longstaff, you need to be sure you are joining a club where you can develop.

“Does Solskjaer have a record of developing players? No. Does Rafa Benitez, assuming he stays at Newcastle? Yes.

“Longstaff should think very carefully before leaving Newcastle, where he is likely to play regularly when he is fit again. He’ll regret it if he moves to Manchester United, where he might not play as much.

“Man United have big problems. They need some serious surgery and I’m not sure if it’s the right move for any young player.”