Home All The News Pundit waxes lyrical over Spurs star: ‘The confidence, the cheekiness’ 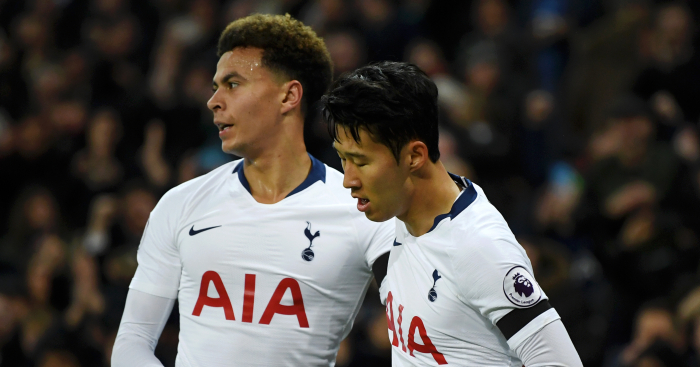 The Spurs midfielder equalised at Old Trafford with a superb individual goal, with a fine first touch to bring the ball down before slotting coolly past David de Gea.

It was the highlight in a disappointing night for Tottenham, but for Alli, it was his fourth goal in his last three games, as he continues to fluorish under Jose Mourinho in north London.

And former Spurs midfielder Murphy was waxing lyrical about his recent form, and his goal at Old Trafford.

“It was a wonderful goal. We’ve seen the best of him in the last few weeks which is good to see, especially from an England point of view as well,” he said, speaking as a pundit on BBC programme Match of the Day.

“The confidence, the cheekiness, the arrogance, whatever you call it, to take that ball down, and the strength as well, look at that touch, and it was a brilliant finish.

“There was a slight concern for a second [over VAR]. Although it was a magical goal actually, Tottenham as a team didn’t play very well, they were second best.”

Meanwhile, Alli himself spoke of his disappointment after the defeat, with the Spurs midfielder making an honest admission about Tottenham’s performance.

“Maybe it was a bit of arrogance, over-confidence, we have been playing pretty well,” he said.

“Maybe we haven’t finished games strongly, but we have been playing well enough throughout to win games, and you have to have confidence, especially coming into games like this.

“You have to have a bit of arrogance, but you have to use it in the right way, and maybe we were a bit sloppy, a bit on our heels and we can’t do that in games like this, because as it showed we will be punished.”