Home All The News Pundit: West Ham in top four a bigger feat than Everton 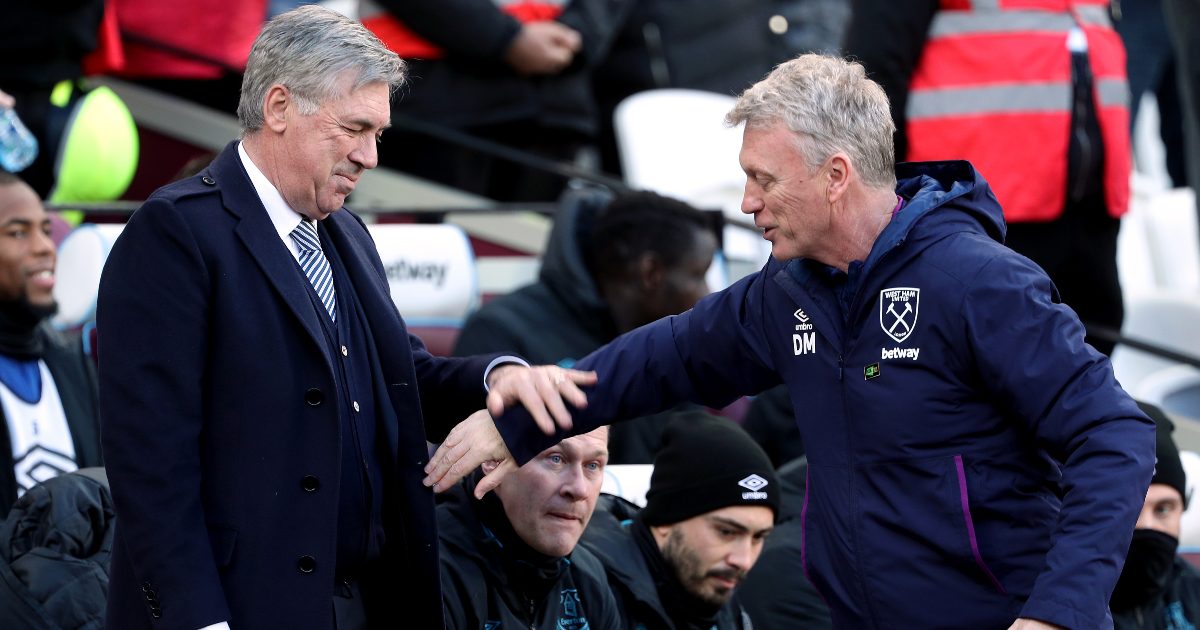 Sky Sports pundit Tim Sherwood thinks that if David Moyes gets the top four with West Ham, it would be a better achievement than if Carlo Ancelotti did the same with Everton.

West Ham and Everton are both mounting serious challenges for the Champions League this season. The Hammers currently sit fourth after they beat Wolves on Monday night.

Moyes’ side are a point and a place above their nearest rivals Chelsea. Everton, meanwhile, are a few places below in eighth. But they can move to within two points of West Ham if they win their game in hand.

Moyes and Ancelotti have both done great jobs since taking over at their respective clubs. When the Scotsman became West Ham boss last season, they were fighting to stay in the Premier League.

They achieved that but they were expected to struggle again this campaign. But the Hammers have been this season’s surprise package.

Ancelotti has bought well in the transfer market to strengthen Everton from back to front. Like with West Ham, it would not be a big surprise if they sneaked into the top four.

Sky Sports pundit Sherwood has said that Moyes’ achievement would be greater than Ancelotti’s given the difference in budget of their teams:

“David Moyes, oh yes, with the budget. I mean Everton have spent a few quid.

“Carlo has done a good job there. He has put them where they need to be. A club like that. And there are so few games left now. Why not? (get into the Champions League). You only have to hold it together and get a little bit of momentum.

“Them players (Everton) have gone there to play in the Champions League. Okay, it might be a bit of a step too far, at the moment. They are ahead of themselves. But having got there this season. Why cannot they put a run together and achieve that? It would be an unbelievable season.

“Likewise for Moyes. He has steadied the ship. He’s probably thinking that he would be mid-table at best. Far better than that.”