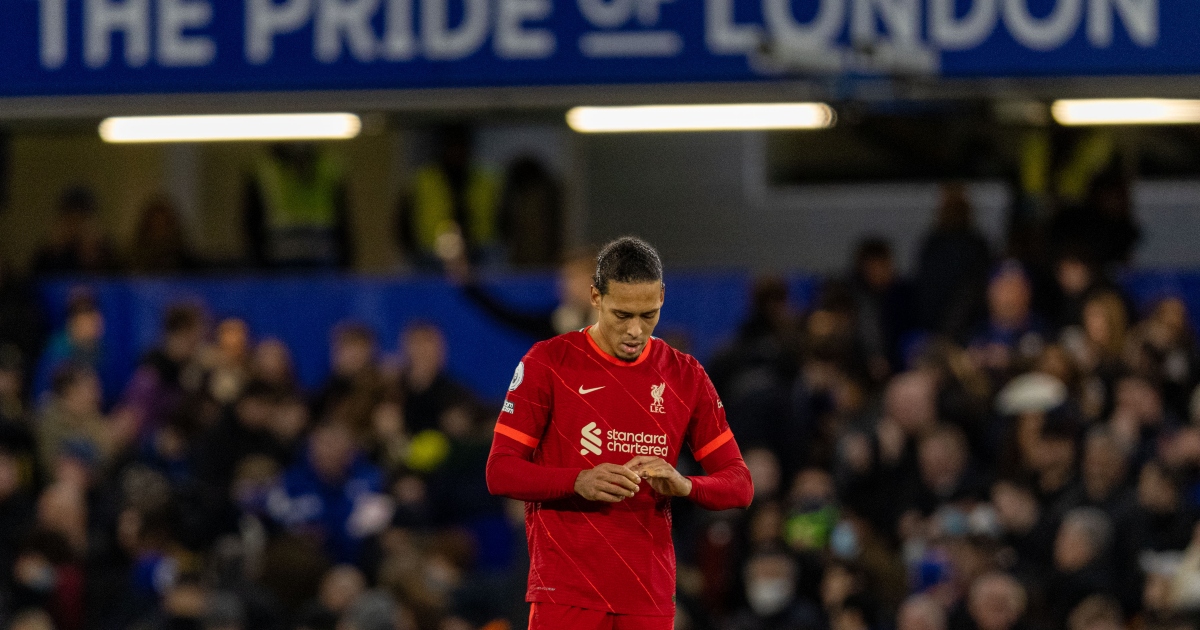 The Reds started very brightly at Stamford Bridge, going 2-0 up thanks to goals from Sadio Mane and Mohamed Salah.

Mateo Kovacic and Christian Pulisic scored for the hosts before half-time, with the match finishing a 2-2 draw, doing neither side any good in their quest to catch league leaders Manchester City.

Van Dijk has been criticised for his role in Pulisic’s equaliser. The American found himself in acres of space inside the penalty box before slotting past Caoimhin Kelleher.

Speaking at half-time on Sky Sports (quotes via the Daily Mail), Liverpool legend Souness said: “Why has Van Dijk not come across there?

What a goal for Captain America yesterday. Just wow! @cpulisic_10pic.twitter.com/jOgZAv97cv

Jamie Carragher, however, focused on the Reds defence as a whole, saying they are ‘obsessed’ with playing an offside trap.

“They’ve got an obsession, Liverpool’s centre-backs, you see this a lot where they always stay in line with each other.

“They never cover each other – there’s an obsession with playing offside.

“We noticed that right throughout the game, the space between the two centre-backs is too big.

“Initially, his starting position, van Dijk, because he’s not intense enough to get over, he doesn’t want to cover his other centre-back.

“He stays in the same line, and that’s why he’s too far to get across.”

“Chelsea bossed midfield today,” he said. “Liverpool have a great success by pushing up, all three parts of the team all being in contact with each other.

“Liverpool this year, Fabinho, Jordan Henderson and James Milner were not at the races today.

“They were bossed and bullied by Chelsea’s midfield. The possession stats tell you that, 130 more passes tells you that and it wasn’t the Liverpool we’ve seen the last three or four years where they bully teams.”