Home All The News Pundits lay into Klopp; say he should learn from Hodgson 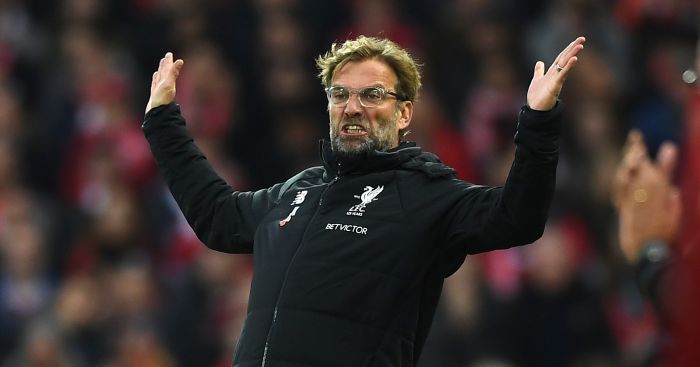 Klopp led his Liverpool troops into battle in the Merseyside derby against Everton on Sunday, but emerged with just a point.

The Reds dominated much of the game, but Klopp’s post-match anger was evident after a contentious penalty decision saw his side drop two crucial points. Read 16 Conclusions, won’t you?

The German raised many an eyebrow with his team selection, with Dominic Solanke starting and Roberto Firmino and Philippe Coutinho both dropping to the bench, rested ahead of a busy festive fixture schedule.

But Shearer was unimpressed with Klopp pointing the finger at the referee for giving a penalty for Dejan Lovren’s push on Dominic Calvert-Lewin.

“Everyone knew before that game how Everton were going to play,” he told Match of the Day 2. “They had a gameplan, to sit deep and defend. It is up to Liverpool to try and get past that, and they couldn’t.

“It is a penalty to me. Once again, it is terrible defending from Liverpool and from Lovren, he turns his back on Calvert-Lewin, who does everything right for a centre forward, he gets his body between the defender and the ball, and it’s a shove and it’s a penalty.

“What on earth Lovren is doing, I really couldn’t tell you. He’s going away from goal. Is it a push enough for him to fall over? Absolutely. There’s no doubt about that.

“What is he doing at the end? Get off the pitch! You’ve cost your team two points, don’t blame the referee!”

Shearer then compared Klopp to Mourinho, who pointed the finger at the referee after losing the Manchester derby hours later on Sunday.

“We’ve just seen Mourinho try and blame the referee to cover up his team’s inadequacies, and Klopp comes on and goes on about terrible decisions and there was only one team in it.

“Well, have a look at your own team selection. You left a guy out who scored a hat trick in midweek, and as a centre forward, I know that the time to be left out is when you’re not scoring goals. When you’re scoring goals you can’t wait to get out on the pitch.

“Instead of putting a guy in who is still learning his trade in such an important game, and instead of blaming the referee, blame yourself, and blame your players for stupid defending and for not going 2-0 up when Mane goes through.

“Fans may listen to the manager and think he’s right, but I don’t. I think he needs to blame himself and his players for not doing the job he should have done. Terrible defending, again, and if Mane does his job correctly it would be 2-0 up and game over.”

Murphy then stormed in, claiming that Klopp could learn something from former Anfield boss Roy Hodgson.

“He (Lovren) is a liability,” he said. “Jurgen Klopp has to look at his selection, because he keeps letting the team down. I don’t know the fella, and I’m sure he’s trying his best, but he’s not good enough.

“Fans aren’t stupid. Klopp has gone onto the pitch to have a go at the referee without seeing [the replay] first. Go and have a watch of the video.

“I remember Hodgson and Houllier, two of the most calm managers I ever played under. They would never go ranting at the ref – maybe once in a blue moon – they would calm themselves down first. The pressure was still there then.

“My mates who went the game were texting. The first thing they said is why was your top scorer taken off at 1-0 when he was still creating chances, and why were the other two left on the bench?

“Anybody who knows football can watch that back and know it was a penalty. If you get fans thinking it wasn’t, they’re wrong.”