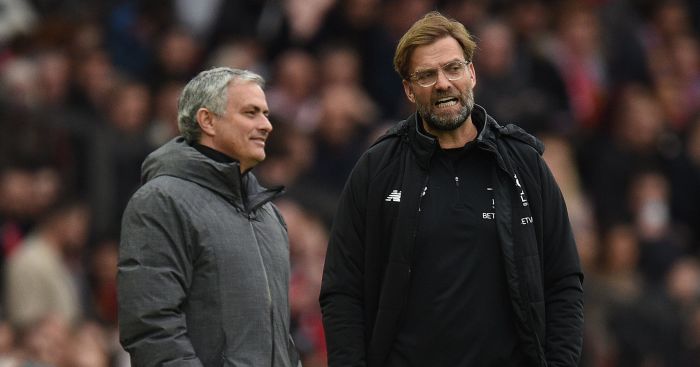 Paul Merson and Phil Thompson have named the one Liverpool player Jose Mourinho would love Manchester United to sign.

The two sides will meet on Sunday in one of the biggest rivalries in English football but the gap between the two sides has increased since their last meeting.

United finished above the Reds in the league last term but things have turned on their head as Liverpool go into the weekend top of the Premier League with the Red Devils languishing in sixth, 16 points adrift of their rivals.

And Merson and Thompson agreed that Virgil van Dijk would be the player Mourinho would pick if he could choose one man to buy off Liverpool.

“If I was Man Utd, I’d want Virgil van Dijk,” Merson told Sky Sports. “Defensively, they are not good enough, nowhere near it and he’s the best in the business for me.

“It’s easy to say after, but Van Dijk probably wondered if he would be this good at a big club because he was at Southampton where if you win, you win, if you don’t then you don’t.

“I don’t mean that in a bad way but there’s no pressure compared to Liverpool.”

Thompson added: “It has to be Van Dijk because he’s the kind of player you can build a team around.

“He can sure them up at the back and can organise those around him to make the team a lot more solid and then give them a better base to attack.”