Home Mailbox Is everything OK now? We need to punish the ‘slimy’ ESL 12… 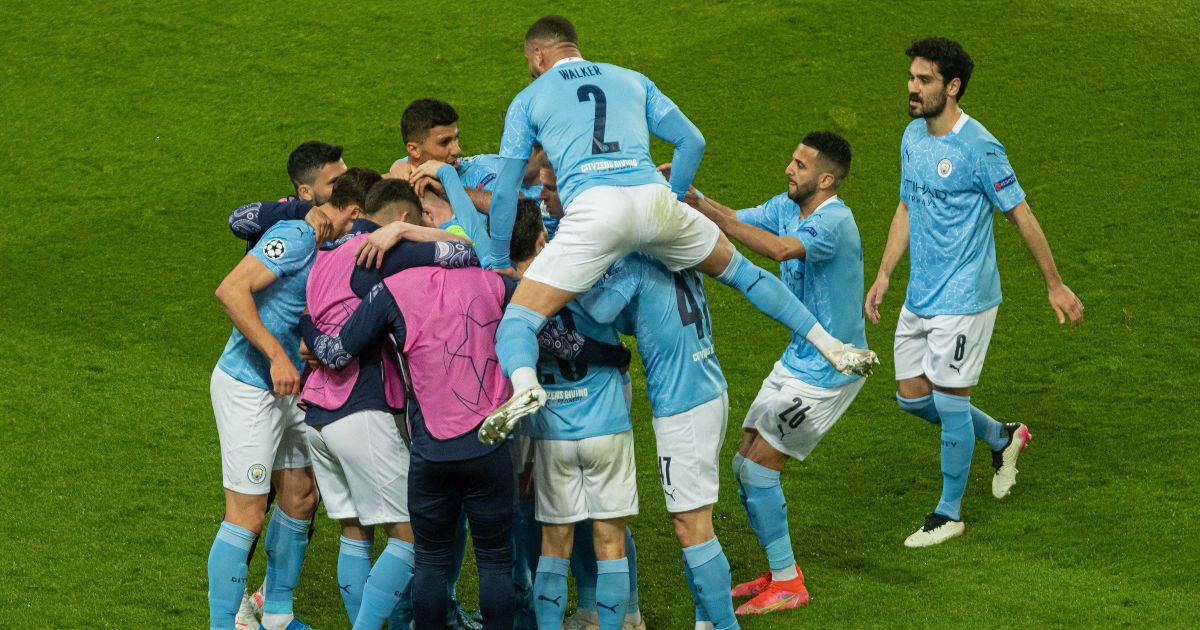 Is everything ok now?
The last two days, Manchester City, Chelsea and Real Madrid have played for a spot in the Champions League final. Tonight, Manchester United will most likely start breaking their semifinal hoodoo, and Arsenal will probably stumble their way into the final, where they inevitably will fail miserably against United.

But what happened to the outrage against those teams and their Super League plans? Isn’t that a topic anymore? Shouldn’t they be punished somehow? Is everything ok now?

Obviously UEFA is going to do nothing about this season. No repercussions seem to come from Premier League, La liga or Serie A either. If I missed something, please let me know. So those clubs and the other Super Leaguers, and not least their owners, will get to finish this season and keep whatever trophies they can get their greedy, slimy hands on.

I still hope they will be punished, if possible. Let them keep their tainted titles, but kick them all out of Europe for next season at least. Let all 12 clubs start next season with at least 10 points deducted, and give them all a transfer ban. And let us get to watch and enjoy Leicester, West Ham, Everton and Leeds in the Champions League for at least one year.

It won’t happen, of course. Soon we’ll be discussing Ole’s first title and going for transfer clickbait as usual, as if nothing had happened. And that’s a proper shame.
Håkon, Oslo

Money and football…
It has been said, many times, that money will be the ruination of football.

The ESL is the next logical step for owners for whom the clubs are a vehicle for revenue streams or sportswashing. The game itself is an afterthought – it is a product to be sold, changed and repackaged and sold again.

For these owners, Mike Ashley is a template – buy a club, ramp up merchandising, increase fees for tickets and pursue any lucrative opportunity regardless of its morality. Aim for the middle, at all costs. To be clear Mike Ashley is a symptom, not the disease.

When a “person”, who has a net worth estimated at 2.7 billion USD (thanks Google), doesn’t think it is a worthwhile investment in try to improve the club they own beyond mind-numbing mediocrity, you have a league almost designed to produce sterile, bland, “any team” franchise football. This is why Perez wants the hoopla of the ESL, which is again a symptom, not the cause.

Imagine having that amount of money and your own football team, with, perhaps faded, but genuine history and resources to build on but you don’t think you can compete against “the big boys”.

The cause is allowing clubs no upper limit on financing, which the Financial Fair Play legislation was supposed to fix – but, spectacularly, has not.

We have two groups for whom the clubs they own are advertising hoardings – success is a way of presenting a bright, smiling face of their old-rich regimes / corporations.

So when Real Madrid and Barcelona have paid way over the odds for players to compete against the European Super Rich – to the point where they are both nearly bankrupt – Mike Ashley and his ilk can only look on with pity for the fools for trying (although I don’t think he would). So, the only way out is to go back to the well and resell their European Games again for a money up-front, bail out payment from that football mad JP Morgan.

Unless money is capped at the top, it is more on the same and twice on Sunday to come.

Players will demand greater fees (as is their right), agents will jockey arguing there is more money out there (its their job), clubs will justify pricing fans out of stadiums and chasing exhibition games “Super Leagues” to cover the expense (we are only giving the fans the games they want).

The only way out of this is proper financial regulation to prevent financial over-investment and salary caps – neither of which has any short term potential of happening.

So, get ready between a choice of AramcoManchester United playing Barcapepsi-cola four times a year or whatever drudge Mike Ashley or Stan Kroenke (net worth 8.2 Billion Use) think they can afford to let you have.

Unless money and revenue are properly policed, funding for lower leagues structured and the upward spiral of costs controlled, this is the future.

Tomorrow only one cup of coffee, rant over.
Simon of Whitegate

Just in response to Mr Ironball’s (really!?!) email in this morning’s mailbox, PSG didn’t have a shot on target after the 28th minute.  They had one shot in total in the second half.   How can keeping three of the very best footballers in the world out of the majority of the game at home not be a masterclass?  They also kept one of the most prolific strikers in the world at bay in both quarter finals and Harry Kane and Son for 90 minutes at Wembley.  It’s almost as if you can see a trend developing.

This city “team” is starting to believe…..
Rosie Poppins

Foul Foul Foul Foul
Why is diving seen as one of the game’s great evils, but constant ‘tactical’ fouling is accepted. Manchester City do this constantly and as shown in the last two games, are very successful at it.

Weak referees are ruining matches as spectacles by not punishing these fouls immediately. Lucas Moura was hacked anytime he turned on the half way line, with the main culprit ending up with the winner. Neymar and Mbappe were neutered at the point where it looked they’d run riot, Walker and Dias again getting away with it time and again.

Guardiola’s Barcelona were the kings of this back in the day and it’s obviously pre-planned. 5 subs now allow those who get a booking to be swiftly replaced.

Yes it’s smart and within the rules, but why is that the case?

I’m sure City supporters couldn’t give a hoot right now but for entertainment purposes it blows.
Peter A (Waving an imaginary card in the air at the breakfast table)

Players in the wrong jersey
Great response from Swapnil, Mumbai (man utd) this morning about players who do not look quite right in a certain jersey, thought I would do a brief list of some that come to my mind, naturally i will leave anyone who joined Chelsea out of this list as controversially I do quite love seeing Cesc and Fernando Torres in Chelsea blue.

Juan Mata – Two and a half seasons with Chelsea, what a talent, what a player, back to back POTS winner for us, sold by Mourinho, will never forgive him for that, it hurt, to see him in Manchester Red just does not sit well with me, what could have been? At least he has done well in Manchester.

Thierry Henry – He is an Arsenal icon, that Barcelona jersey never felt right, but he won a treble so cannot blame him for the move.

Wayne Rooney – Wayne Rooney at Derby, surely it is not just me who watched him play in the Championship and thought “What on earth is going on here?”

Gianluigi Buffon – That one season in PSG, weird

Iker Casillas – Real Madrid legend, he is exactly that, so seeing him in Porto, that did not seem right

Victor Valdes – Middlesbrough or Manchester United, both strange, perhaps not as strange as Julio Cesar at QPR though
Mikey, CFC

I am wondering if anyone else finds it strange that the German FA allowed Bayern Munich to announce the appointment of the current Leipzig coach, as their new coash, starting July. It is still mathematically possible for Leipzig to beat Bayern to the title. Can Leipzig now trust Nagelsmann to do his best in the remaining three matches? Why is there no rule against this?
Nick, EFC

Can anyone explain to me why no clubs ever seem to be linked with Atalanta’s Josip Ilicic? I know he is 33, but he seems like he could come to any club for a couple of years and really improve their attacking options. I could imagine Allardici picking him up to play in the classic Bolton team of the early 2000s.

Actually, thinking about it more broadly, few of the players on this current Atalanta team are linked with other clubs despite how well they are playing. Is the consensus that they are a product of Gasperini’s system?

I still find Olivier Giroud in a Chelsea strip weird. I’ve got no skin in the game but I always thought he really suited an Arsenal kit.
NortherSoul (NUFC)