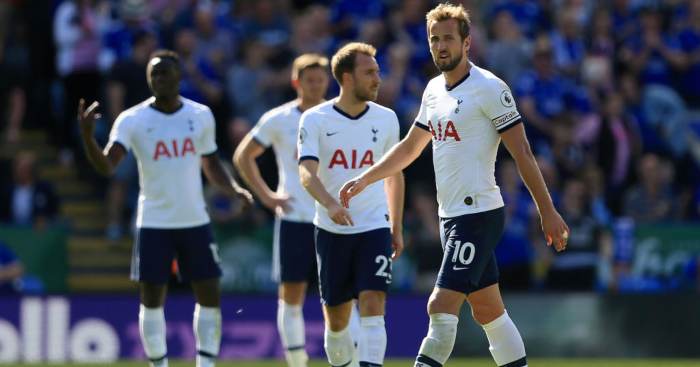 Harry Kane has urged wantaway Tottenham players to put “individual needs to one side” for the good of the club as they attempt to turn around their season.

Mauricio Pochettino has found himself under pressure after a difficult start to the season, which hit new depths on Tuesday when they lost to Sky Bet League Two club Colchester in the Carabao Cup.

The Argentinian, who has faced some calls to be sacked from irate supporters, has transformed Spurs into regular top-four Premier League finishers and memorably led them to the Champions League final last term having not signed a player for two transfer windows.

However, they sit on eight points from six matches in the Premier League so far this term, meaning they are already ten points adrift of leaders Liverpool.

“So it’s never easy when you have a situation like that, but now that’s closed, we all just want to move in the right direction.

“Whoever is on the pitch has to give everything for the club, that’s all we can ask for. You have to kind of put your individual needs to one side and make sure you’re performing to the highest level, because that will help your individual status anyway.”

Kane added: “It’s hard to put a finger on it. We feel like we’re training well, doing everything right, but maybe we haven’t started games with the right energy.

“The [Crystal] Palace game (which Tottenham won 4-0) was the best example of how we should start; on the front foot and pressing, ruthless with chances, and that’s what we’ve done in previous seasons, especially at home.

“We just need to find a way to get that good feeling back. We just need to get off that form, start fresh, get off to winning ways on Saturday and take that momentum forward.”