Home All The News Qatar 1-1 Republic of Ireland: Kenny’s men held in friendly 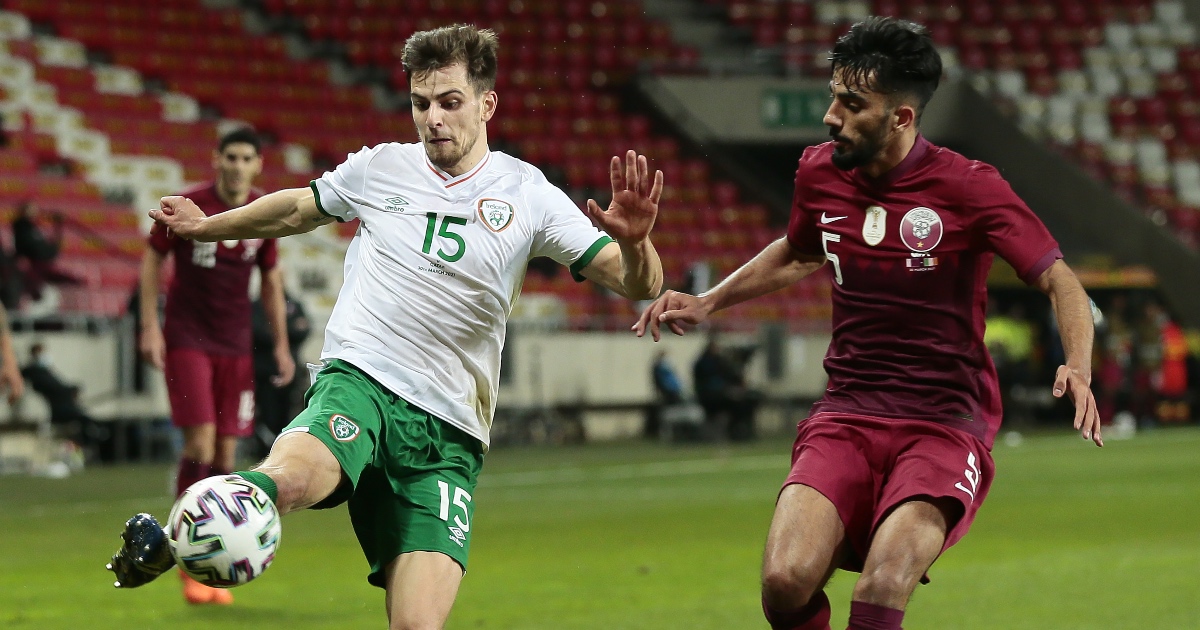 James McClean’s first international goal for over three years handed the Republic of Ireland a friendly draw with Qatar as Stephen Kenny’s wait for a first win extended to 11 games.

McClean fired Ireland, who were out to restore pride against the World Cup hosts after Saturday’s desperate qualifying defeat by Luxembourg, into a fourth-minute lead which they preserved until Mohammed Muntari levelled two minutes after the restart.

A 1-1 draw at least left Kenny’s men with something to show for a desperately disappointing international break, during which their hopes of making it to Qatar next year were dealt a potentially fatal blow.

OPINION: Stick or twist: Is Werner a risk worth taking for Chelsea?

Kenny was able to field a more experienced side this time around and they showed greater energy against technically adept and mobile opponents.

But once again they were ultimately unable to defend a lead, something upon which they have prided themselves in the recent past.

A much-changed Ireland got under way knowing they had to provide some response to the tide of criticism which had come their way in the wake of Saturday’s debacle. They had already mustered promising attempts by Jeff Hendrick and Robbie Brady when they took a fourth-minute lead.

Daryl Horgan, one of eight changes to the starting line-up, worked a short corner with another, Brady, before crossing for McClean. He was able to sweep a shot past keeper Saad Al Sheeb with the help of a slight defection off wing-back Pedro. It was his first international goal since his World Cup qualifier winner against Wales in October 2017.

The lead, however, might have been erased within two minutes when 19-year-old keeper Gavin Bazunu raced impetuously from his line and felled Pedro, prompting Hungarian referee Balazs Berke to point to the penalty spot before one of his assistants advised him that the collision had taken place outside the box.

Brady’s premature exit because of injury handed teenage striker Troy Parrott an extended opportunity to prove his worth at senior level – although his arrival coincided with a fightback by the Asian Cup holders, for whom Almoez Ali saw a 25th-minute shot blocked at source by the recovering McClean.

The industrious Shane Long had a chance to end his four-and-a-half-year international goal drought after latching on to Abdulkarim Hassan’s underhit back-pass, but Al Sheeb made an important save.

Qatar skipper Hassan Al Haydos, who scored both goals in Saturday’s 2-1 win over Azerbaijan, whistled a long-range effort wide and Bazunu needed the help of the returning Shane Duffy after carelessly gifting the ball to Muntari eight minutes before the break.

Having safely negotiated their way to the break with their lead intact, Ireland surrendered it within two minutes of the restart when they backed off as Ali ran at them before setting up Muntari to fire firmly past the helpless Bazunu.

Bazunu had to save from Al Haydos as Qatar exploited the space Ireland left behind in their attempts to get men forward, but Al Sheeb dealt equally comfortably with substitute Callum Robinson’s effort on the turn.

Midfielder Abdulaziz Hatim chanced his arm from distance with 12 minutes remaining but failed to trouble Bazunu, and Muntari was guilty of a bad miss five minutes later after Pedro had squared to him in a promising position.

Robinson might have won it at the death after Al Sheeb had made a mess of collecting Cyrus Christie’s cross, but scuffed his attempt wide of the near post, although the keeper redeemed himself in stoppage time to repel substitute Josh Cullen’s header at point-blank range.