Home Johnny Nic We are 5-0 down to the sportswashers; they have won 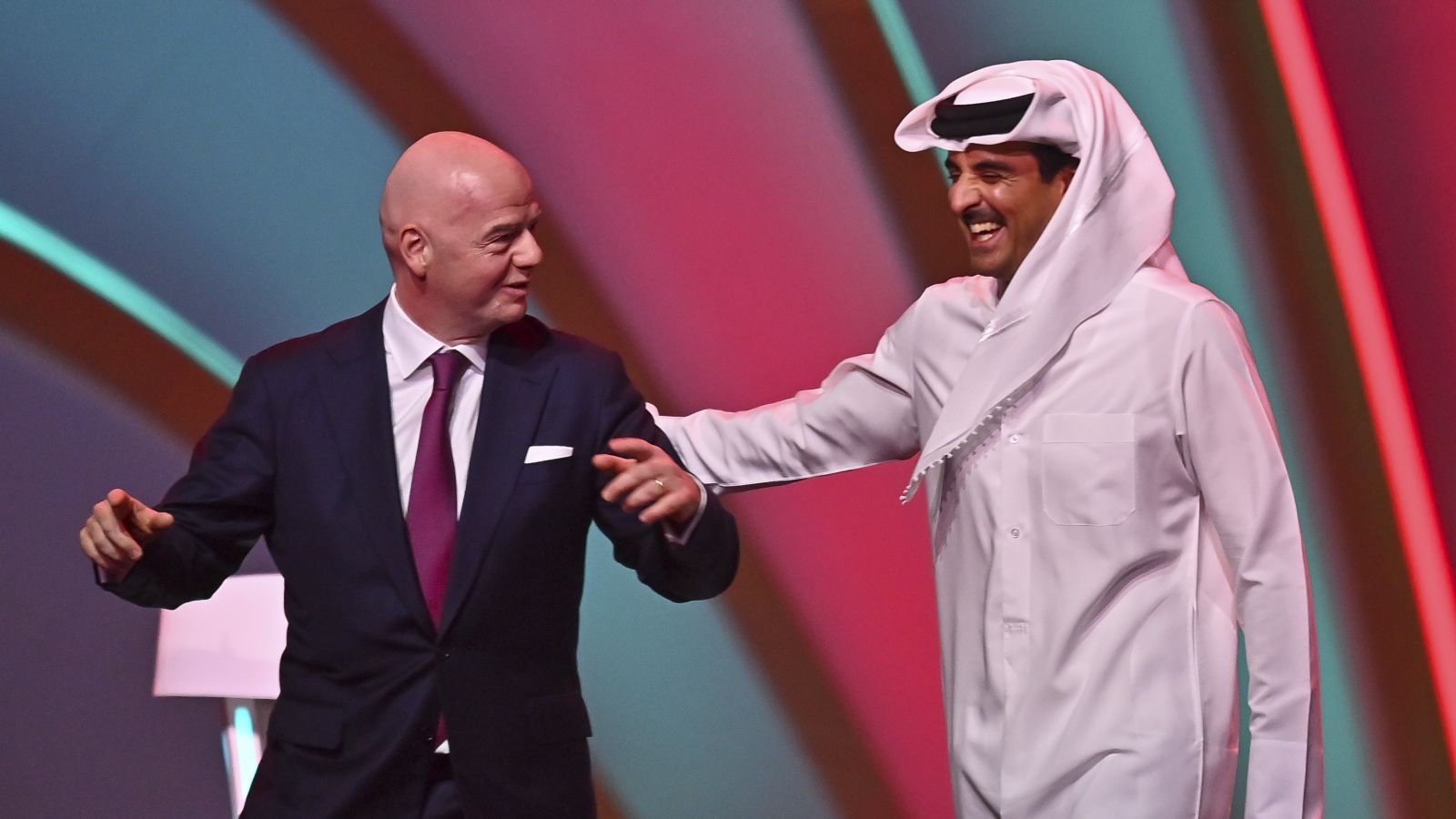 The Qatar World Cup is happening and football is in bed with despots and cheats. We have lost.

The debates about whether nations should boycott the Qatar World Cup rumble on. Gareth Southgate has said that in his time in the England job, he’s had to answer more non-football questions than anything else. As ever, he’s tried to tread a very diplomatic path around the issue but really, the damage is already done simply by awarding Qatar the tournament. There was no collective action to boycott as soon as it was announced, so we may as well go, may as well watch it. It makes no difference now.

This is how sportswashing works. Those who say heinous regimes buying football clubs or hosting tournaments puts greater scrutiny on those people or states are missing the point. The attention, be it positive or negative, legitimises them. Those who go in to bat for them like modern-day Lord Haw Haws, or those who scrutinise and highlight the human rights crimes, all effectively achieve the same goal. They are making the state look like a normal democratic country about which there is diverse opinion. So that’s 1-0 to the sportswashers.

In the UK you can find people who like the government and those who despise it. You can find whataboutery in excelsis about absolutely everything, applying a Gaussian blur to reality, where everything might be something else, sin might be innocence and alternative truths become a creed. Against this, whichever oppressive autocratic regime it is that wants to clean up its image, starts to look like just another place about which there are divergent views. Just like the UK or anywhere else. 2-0 to the sportswashers.

That is the backdrop against which all the football debate happens. At first, when the club is bought or the tournament awarded, there is a lot of noise around it, both delighted and disgusted, but over time that all dies down and the football becomes dominant. Talk turns to players, to transfers, to tactics and form, winners and losers. The human rights crimes and outright death and destruction fade into the background as people tell critics to ‘stick to the football’. And eventually, they do. The milk pan of outrage which was once boiling over so vigorously, is now on a low simmer on a back burner. 3-0 to the sportswashers.

It doesn’t take long before the screams of the bombed children or the dying immigrant workers are drowned out by the cheering at another win. As the excitement builds in a tournament or when the trophies stack up, there is less and less focus on the oppressive regimes and ever more on the football. Within a relatively short space of time, what were once controversial ownership issues become normalised and precedents are set for who can and can’t host a World Cup. 4-0 to the sportswashers.

Little by little we end up with situations that would once have been thought of as very extreme with violent autocracies owning clubs, oppressive states hosting tournaments and those speaking out against this, once the voices of moderation, end up painted as the real extremists. That’s a 5-0 thrashing.

All of this is happening right here and right now. We can agree, oppose or be wearily indifferent, it doesn’t matter. It all just feeds the sportswashing beast. That’s why it is so clever, so pernicious, so successful and so desirable to some very undesirable people. It cleans off the filth of their degradation and makes them look like the good guys. And people buy it and even those who don’t eventually turn a blind eye.

You have to stop these oppressive regimes, owners and countries from being involved in the first place, not just let them sit on your face. Stop them being awarded tournaments, stop them owning clubs. Because once the sportswashing starts, there is no stopping it and it always works.

We’re 5-0 down and there’s no way back into the game without collective, mass, radical action, such as most countries refusing to play in Qatar or most fans refusing to attend games while a club is owned by murderous and despots. But we know that never happens because we are always divided too easily and are too ready to be divided.

It’s pointless to shut the door after the horse has bolted and been shot, while the stable is knocked down and replaced with a new training pitch built by modern-day slave labour.

What can good people do? Nothing. Because there are not enough good people in charge of this business. Too many are too greedy, blinkered and bought off. Too much of the game has been colonised by very bad people and very bad regimes and too many people, from top to bottom, have averted their gaze, have not cared enough to stop it happening and still do not care enough, not even now.

A World Cup in Qatar is going to happen, whether we watch or whether we don’t, it really makes no difference. The fact it was awarded to them meant they had won. The fix is effectively already in. All the pro and anti arguments are irrelevant both about the World Cup and about oppressive states owning clubs.

There is no unity, no common purpose, no moral compass, no agreement about almost anything, but plenty of excuses, lies, double-talk, deception, delusion, plenty of reasons to do nothing.

And all the while, we are washing the blood from their hands and tugging our forlocks to them as we do so, our obeisance bought once again.\