Home Uncategorized Questions and answers over proposed sale of Wembley 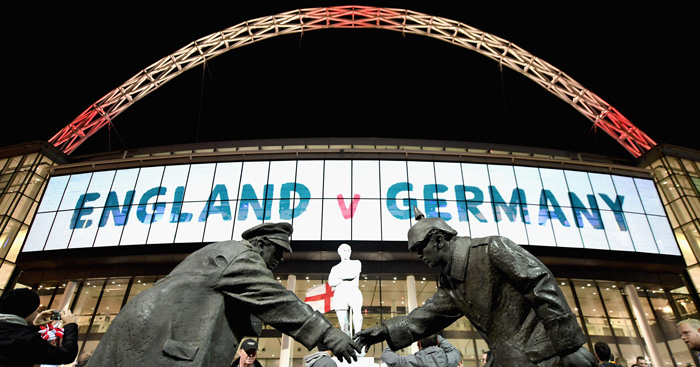 The Football Association has received an offer to buy Wembley Stadium.

Here, Press Association Sport takes a look at some of the key questions behind the £500million bid from Fulham and Jacksonville Jaguars owner Shahid Khan.

Why does Khan want to buy Wembley?

As well as looking to get Sky Bet Championship promotion-chasers Fulham back into the Premier League, Pakistan-born American Khan is also determined to keep Jacksonville Jaguars ahead of the game in the NFL. The Jaguars have already established a strong presence in London through regular season matches being played at Wembley in front of sell-out crowds and have “home” matches scheduled at least through to 2020. With Twickenham last year and Tottenham’s new stadium also set to host NFL matches when it opens as part of a 10-year agreement, it seems a matter of when not if a franchise comes to London – and Khan’s proposed Wembley purchase would put the Jaguars in pole position.

Does this mean Fulham are set for a new home if the deal goes through?
Highly unlikely. In a lengthy statement on the west London club’s official website, Khan made it clear he remained committed to redeveloping Craven Cottage rather than uprooting the club lock, stock and barrel to Brent. “To be clear, this venture is 100 per cent independent of my investment in and operation of Fulham Football Club, Motspur Park and Craven Cottage. No less attention will be paid to developing players and fielding a squad that will win with frequency and always make you proud.” Which Fulham fans, at home and abroad, will be glad to hear.

What would the FA do with all that money?
Spend, spend, spend – on grass roots football, or at least that is what the initial indications would suggest. Completed in 2007 at a reported cost of £800million, the 90,000-seater national stadium is one of the best sporting venues in Europe, and, despite the arch having long replaced the twin towers, remains steeped in nostalgia. Selling up, though, would also provide the governing body with an unexpected windfall and, according to Khan, allow “focus on its core mission of developing players with the best player developers and facilities anywhere in the game” – which should go down well on Hackney Marshes.

Where would England play?
Khan’s offer is reported to be put before the full FA board on Thursday, while an outline agreement between the Jaguars owner and FA chief executive Martin Glenn is said to already be in place. The devil will be in the detail, but it is likely the future of England’s home internationals would be high on the agenda, as would the FA Cup final. While the national stadium was being redeveloped, and following a soggy send off with defeat by Germany in a World Cup qualifier on October 7 2000 which saw manager Kevin Keegan resign afterwards, the Three Lions went on a popular tour. Venues from the north-east hotbed of Newcastle, Sunderland and Middlesbrough, on through Villa Park, Elland Road, St Mary’s Stadium, Leicester, Derby, West Ham and even Ipswich all hosted England games allowing fans across the length and breadth of the country the chance to see their heroes up close. Such another successful road trip is perhaps long overdue and could well be seen as a positive move should Wembley be taken into private ownership

What about other showpiece games and events at the national stadium?
With the FA looking to get some return on its hefty investment, Wembley has played host to plenty of football matches, at all levels, since it reopened. The recent FA Cup semi-finals followed on successive days, which has long been considered the norm – as has allowing the likes of Lincoln and Shrewsbury to go head-to-head on the Hallowed turf in the final of the much-maligned Checkatrade Trophy which saw a crowd of 41,261 head to Wembley. Throw in the numerous concerts, high-profile boxing matches – how much for a ring-side seat at AJ versus Wilder? – not to mention corporate events, both on and off the pitch, and you can see why Khan feels £500million would be a price well worth paying.