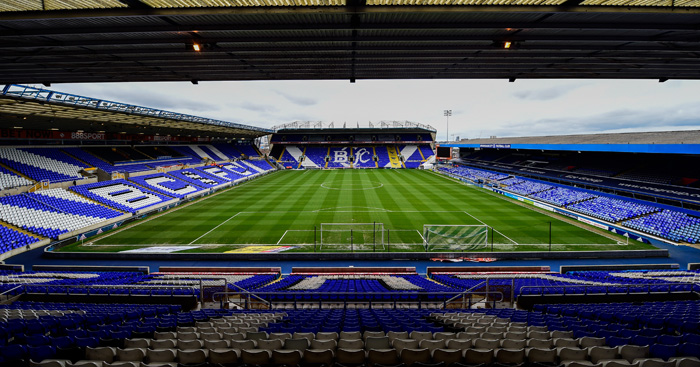 Birmingham City FC risk upsetting supporters and the local community after it emerged that the club will play host to the annual conference of a highly controversial political party.

‘Justice for men and boys (and the women who love them)’ was founded by Mike Buchanan, who is still the party’s leader. Buchanan had previously formed ‘The Anti-Feminism League’ and the ‘Campaign for Merit in Business’. The party’s principal aim is to alter what it perceives to be the exploitation of the human rights of men and boys by a state that privileges women and girls.

To say there is a sinister undertone to the party is an understatement. Links from the ‘j4mb’ website include pieces titled ’13 reasons women lie about being raped’ and ’10 reasons false rape allegations are common’, with the underlying claim that sexism causes far more harm to men and boys than to women and girls.

Buchanan and members of his party handed out leaflets before Birmingham City’s home game against Aston Villa on Sunday, and a news item on his website announces that the party conference in 2018 will be held at St Andrew’s Stadium. Buchanan is a known Birmingham City fan, and is seen in the video wearing a club shirt with his name on the back and carrying a club football.

In a YouTube video Buchanan is shown around St Andrew’s ahead of the conference. He explains that he will be able to post whatever messages he sees fit on the club’s LED screen looking out onto the pitch as part of the conference arrangement, reiterating that later in the video.

“Here we are at the home of the Blues,” Buchanan says. “That fits for a men’s conference. Blues for boys and pink for girls, just as nature intended.”

Amongst the points in Buchanan’s detailed manifesto is criticism for the public funding of women’s domestic abuse organisations such as Women’s Aid and the claim that the state is disadvantaging males in 20 areas including abortion, education, sexual abuse, domestic violence and divorce.

On Tuesday, Buchanan spoke on BBC Radio Nottingham on the subject of allegations of sexual harassment of women in the workplace, and his views were emphatic:

“There are some very unattractive women, including some politicians, who claim sexual harassment. Their claims are not credible. Perhaps they are fantasising.

“It’s usually unattractive women who claim to have been sexually harassed and it is simply not right. If she’s more attractive she’ll get more attention from men so she won’t need to claim things It’s simple.”

The news may come as a shock to supporters given Birmingham City’s excellent record in campaigning for equality. They are the only English Football League club working towards the Premier League Equality Standard Advanced Award for commitment to equality, but there are valid questions to answer as to how playing host to a political organisation with such controversial views on women’s rights fits in with that aim.

The club stresses on its website that it has a ‘shared duty to safeguard the longevity of the business, provide a high standard of service to our existing fans whilst nurturing the next generation of supporters’. The hope is that they are not fully aware of the views of the organisation that is intending to use its facilities for is annual conference.

‘Birmingham City Football Club’s aim is to confront and eliminate discrimination, whether by reason of race, colour, nationality, religion or belief, sex, sexual orientation, marital status, age, ethnic and national origin, disability or gender reassignment,’ a statement on their website reads. This is a sad step backwards.