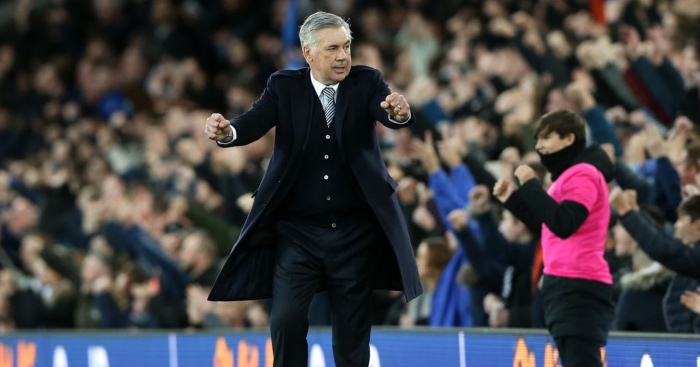 Everton boss Carlo Ancelotti produced a typically Ancelotti-like response as he admitted to being “quite happy” with the Toffees display after their 1-0 win over Brighton.

The Italian veteran hailed the impact of the Goodison Park faithful and admitted his side did well for the majority of the game.

He told Match of the Day: “Quite happy. For 60 minutes the performance was good, at the end it was normal to suffer a little bit at 1-0 up.

“We suffered but we were determined to have three points at the end and this is the most important thing.”

On Theo Walcott’s penalty appeal: “I think it was a penalty, I’m surprised, I think he tried to score and didn’t fall down. Usually if he falls it is a penalty I don’t know. The work of the referee is not easy but maybe with VAR it could be more simple.”