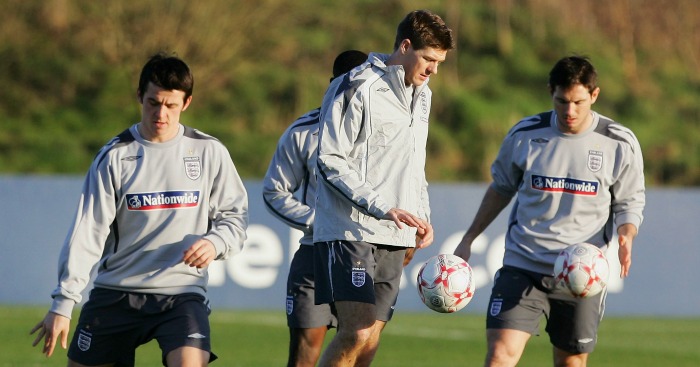 And so, Joey Barton is back. Well, possibly. In theory he’s back. Barton has re-signed for Burnley after a brief but eventful sojourn in Scotland, but might not be able to actually play too much if his latest betting charge is proven. And what a betting charge: he’s accused of placing around 1,260 wagers in ten years, which works out roughly at a flutter every three days. Impressive, in a way.

But there he is, in the Premier League again. What a world. With Barton, throughout his career the football has almost seemed peripheral, and while we don’t need to run through his misdemeanours again here, it seems rather appropriate that his return to the English top flight has been rather overshadowed by the long arm of the law resting upon his shoulder. Twas ever thus. Even when he was called up to the England team for the only time – an event most footballers are obliged to call the best moment of their career – the story wasn’t really of a talented player making the most of those talents, but rather about an interview he gave to the Sunday People a couple of months earlier.

The year was 2006, and really it was like any other even year: England had just performed disappointingly at another summer tournament, and everyone was wringing their hands, going over what could possibly have gone wrong. Wayne Rooney, Ashley Cole, Rio Ferdinand, Frank Lampard and Steven Gerrard, meanwhile, had distracted themselves from the introspection by releasing a book each. Plenty of people joined the dots between those two things, including a Manchester City midfielder whose form was catching a few eyes.

With Steve McClaren’s new broom having already swept through the England side (read: he dropped David Beckham), there was talk that Barton would receive an international call. In anticipation of this, he sat down for a chat with the People: even then he was something of a loose cannon in word and deed, so fireworks were rather inevitable.

And in that respect, he didn’t disappoint. “I can’t get my head round that,” the then-24-year-old Barton said, when discussing the literary oeuvre of England’s finest. “England did nothing in that World Cup, so why were they bringing books out? ‘We got beat in the quarter-finals. I played like shit. Here’s my book.’ Who wants to read that?”

Zing. Barton suggested that the players had been advised to “cash in on the English public” after the World Cup, a development he dubbed “bullshit”. He questioned whether his midfield rivals would be putting in the hard yards – going for early morning runs when on holiday, that sort of thing – and also dipped his toe into the water of tedium which was the debate over whether Gerrard and Lampard could play together. “If there were two balls on the pitch,” Barton hypothesised. “England would be successful but the fact is it’s been proven they don’t work together.”

The initial reaction was…well, rather tame really. “You need forthright people like that,” chuckled McClaren when asked about Barton’s remarks, “not just on the field but off it as well.” When Barton received his England call, for a friendly against Spain in February 2007, Gerrard famously showed a sense of humour and left a signed copy of his own book outside the new boy’s hotel room. “You get a lot of time to yourself and I thought he might like to read it,” Gerrard said, dryly. Lampard was a little frostier, even if his rumoured initial reaction was something of an urban myth.

The story went that when Barton sat down at the England dinner table, Lampard got up, not even prepared to share the same eating space as a man who disrespected him so. “Don’t worry, I wasn’t going to eat your dinner, you fat c*nt,” quipped Barton, apparently. Of course, this turned out not to be true. ‘Urban myth, of course, is resistant to the reality that he accepted my explanation at face value,’ wrote Barton in his own, recently-published autobiography. Barton and Lampard seemingly – disappointingly? – got on fine, without being bezzie pals. “More and more people are saying there are bridges to build, when there aren’t,” said Lampard. “There is nothing there.”

So in the end, it was a brief, reasonably entertaining but largely concocted controversy. But what’s interesting is that, with the publication of his own book, it’s all come back around to Barton. The circumstances are obviously different, and a man who has lived Barton’s life will produce a more entertaining yarn than most footballers, but his assessment of Gerrard and Lampard has become a comment on himself.

Barton’s words were initially just about one tournament but, as it turned out, “I played like shit, here’s my book,” could be a neat summary of Barton’s whole career. Well, perhaps not “shit”, but “I ultimately didn’t quite fulfil my talent, through reasons both beyond and in my control never made the most of my gifts and never quite had the career I should have, here’s my book,” isn’t quite as pithy. This is a player of fine passing and attacking drive, who is obviously on some level quite intelligent, but who has only one international cap, who has never won a major honour, who has never played in the Champions League, and has represented four teams in the last five seasons. His has been a career unfulfilled.

Barton’s autobiography is called ‘No Nonsense’, which is very well written (with journalist Mike Calvin), but also has a very appropriate title. Not because of his ‘tell it like it is’ words, but because autobiographies are usually projections of how someone wants to be perceived, often trying to correct the way they’re seen by the wider world. ‘No Nonsense’ is how Barton would like to think of himself, but ultimately it’s largely just empty rhetoric, because his life and career is absolutely full of nonsense. If you regard everything away from football as ‘nonsense’, distractions from the business of playing the game, there can hardly be a player of this generation who has more of it, even if at least some stems from the sort of issues for which we should all have sympathy.

Barton’s self-awareness peeks through in plenty of ‘No Nonsense’, and Calvin describes him as being very conscious of his mistakes and inconsistencies, but it seems there’s only a single step of logic present. For self-awareness to be of any use, one has to apply it to make the appropriate changes, but while there is some evidence that he’s done just that, or at least tried to, trouble seems to follow Barton around.

When Barton moved to Marseille, he was greeted by a banner that said ‘Welcome Sweet And Tender Hooligan’. That of course refers to a Smiths song, but the next line goes ‘…and he said he’d never, never do it again…oh not until the next time.’ It’s a song about someone who does awful things but claims to be a changed man, before doing more awful things.

‘There, behind the goal, was a huge banner which recognised by twin passions, football and the Smiths,’ Barton wrote in ‘No Nonsense’, suggesting that he didn’t quite grasp how on the nose it was. Whether the Marseille ultras exactly knew, or whether they just thought the title was fitting, is unclear, but they could hardly have picked a more appropriate number. Well, would you look into those ‘mother me’ eyes…