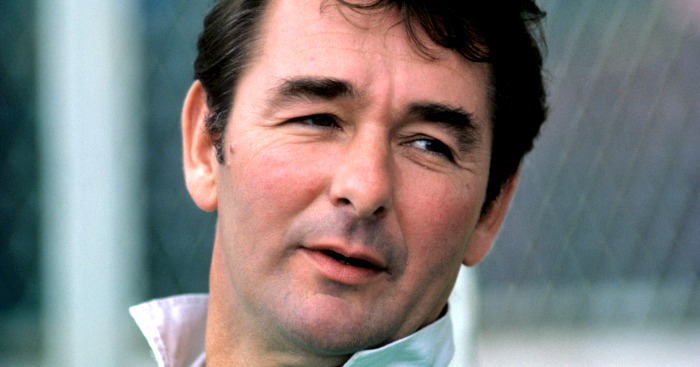 You’ll probably have seen or read The Damned United, the film starring Michael Sheen or the book by David Peace. They’re both fine pieces of work, about a character called Brian Clough, but largely works of fiction. The Clough family were, to say the least, not pleased with how the protagonist was depicted in either, portrayed as a man whose drinking was already a problem years before it really bit, and with any number of airily-taken inaccuracies about the man, the events or the supporting characters.

They weren’t the only ones. John Giles sued Peace for the way he was depicted as, in his own words, “a winking, scheming, leprechaun”, while Dave Mackay also took the makers of the film to court for the way he was portrayed, which implied he stabbed Clough in the back to get the Derby job. Both won damages and apologies. Pat Murphy, a BBC reporter and Clough’s biographer, picked out 17 main inaccuracies from the film, probably a conservative number.

It’s a tricky business, making a biopic or ‘factual’ film, because no matter how many times you say ‘based on real events’, some will still see the whole thing as a factual depiction, a problem that stretches back to Richard III and his hunchback. Striking a balance between producing a coherent and entertaining two hour piece of cinema and historical accuracy must be tough, although in this case the writer of the film, Peter Morgan (a man who specialises in this sort of tale: he also wrote ‘The Queen’, ‘Frost/Nixon’ and ‘The Deal’, among others), didn’t seem to be that fussed about the second part. “The essence of truth is important, not accuracy,” he once said.

Whether you think that’s complete b*llocks or not is up to you, but seemingly everyone agrees on one thing: The Damned United is not a documentary, and doesn’t pretend to be. A couple of things included in the film are indisputably true though, in particular two events that bookended Clough’s spell at Leeds United: at the end was a remarkable Yorkshire TV special, filmed on the day he was sacked, in which Austin Mitchell interviewed him and Don Revie. It’s all on YouTube and you really should watch it all if you get a chance, if only for the absolutely belting theme tune.

The other is his first speech to the Leeds players. Remember that Clough had spent the previous few years, not so much in direct competition with Leeds and Revie as hating them with a fiery passion: the feeling was entirely mutual, so his mere presence at Elland Road was frankly absurd. It was a little like appointing Donald Trump as the editor of the Socialist Worker. Peter Taylor stayed well out of it but Jimmy Gordon, the trainer who was with them at Derby and would go on to Forest, basically went to Leeds because he knew it was a suicide mission for Clough. “Brian could be in trouble, and I could help him,” he said.

So maybe, having spent the previous few years calling Billy Bremner, Norman Hunter, Giles et al cheats and thugs (including once at a dinner supposed to honour Peter Lorimer), a little diplomacy would be in order. Instead, Clough missed the start of pre-season training as he was on holiday in Majorca, then said virtually nothing to his players in the first week when he eventually did show up, which he did with his sons, Nigel and Simon, in tow. But then when he did address the troops, he probably shouldn’t have bothered. The exact wording of what he said in this meeting has been lost in time, but the only real debate seems to be how he started his address. Some people reckoned he said “Gentlemen…” but Giles suggested a rather more forthright opening, writing in his autobiography that Clough opened with “Right you f*cking lot…” The rest is pretty much accepted, and The Damned United version got the gist:

“You lot may all be internationals, and have won all the domestic honours there are to win under Don Revie. But as far as I’m concerned, the first thing you can do for me is chuck all your medals and all your caps and all your pots and all your pans into the biggest f*cking dustbin you can find. Because you’ve never won any of them fairly. You’ve done it all by cheating.”

Welcome to Leeds. It was obviously a calamity, an approach described by Rob Bagchi and Paul Rogerson in ‘The Unforgiven: The Story Of Don Revie’s Leeds United’ as combining ‘the diplomacy of Harvey Smith and Chubby Brown with the unassuming traits of Naseem Hamed and Jeremy Clarkson.’

Clough then proceeded to go around the players and give them ‘pep talks’, including informing Norman Hunter that nobody liked him but that he wanted to be loved, to which he reportedly replied with a pithy “I don’t give a f*ck.” Giles was a ‘dirty b*stard’ (“So what?” he retorted. “If they kick me, I’ll kick them back”) and he told the oft-injured Eddie Gray that if he’d been a racehorse, he’d been shot, something of a cruel point and particularly odd since Clough’s own playing career had been ended by injury. The two players he praised – Allan Clarke and Gordon McQueen – were the two that Revie had to work hard to rein their egos in, according to Giles. Short of strolling into training wearing a Manchester United tracksuit, it’s tricky to see how he could have judged things worse.

What’s particularly strange is that before his outburst the Leeds players seemed relatively happy to ignore what had been said in the past: it was, after all, broadly in their interests to do so. “We will have to forget the past and pull together for the sake of the club,” said Hunter at the time. “We will give 100 per cent to Mr Clough.” But after he’d opened his mouth, his fate was virtually sealed. “He never got off first base,” Giles told the Observer a few years ago. “I used to think: If he’d come in and said this is what I believe, let’s give it three months, he’d have had a much better chance. Looking back on it now, I don’t think there was ever a chance. We were from different planets.”

For what it’s worth, Clough at least admitted to making a fudge of things – not that he could necessarily claim anything else, of course. In his autobiography he wrote: ‘I handled the whole thing badly. I was faced with a group of hardened and highly talented professionals who had been used to a father-figure – nay, a godfather figure – a manager renowned for his attention to detail. In turn, they were faced with a new boss who had savaged them, on television and in print. It was perhaps not surprising that they failed to display the same commitment and dedication on the pitch.’

Clough’s reputation was built on quips and quotable remarks. His latter years featured a curious fascination with testicles (such as his assessment of a pre-Moscow Alex Ferguson: “For all his horses, knighthoods and championships, he hasn’t got two of what I’ve got. And I don’t mean balls!”), but before that he could deliver one-liners with the polished timing of a seasoned performer.

And his success was based on his man-management, of judging a player and a situation perfectly and treating them accordingly. Yet this was one occasion when his reading of a group and his choice of words failed completely. “I don’t accept that you can do a good job in football without upsetting somebody along the way,” Clough once said. You can take things too far, though.

Details in this piece were taken from ‘Unforgiven: The Story Of Don Revie’s Leeds United’ by Rob Bagchi and Paul Rogerson, ‘Nobody Ever Says Thank You’ by Jonathan Wilson and ‘His Way: The Brian Clough Story’ by Pat Murphy.

More from Planet Sport: Judy Murray: Andy is gagging to get back to playing (Tennis365).