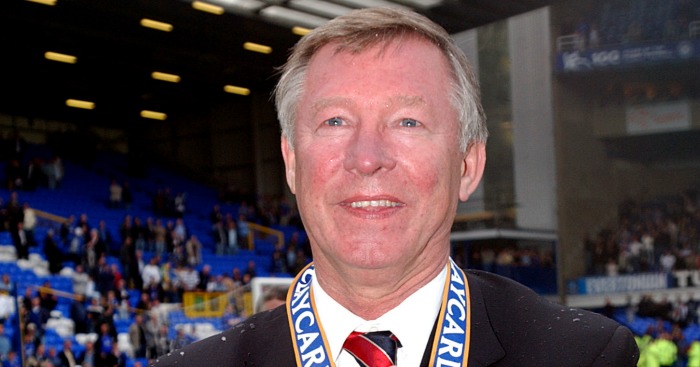 Alex Ferguson often lamented that Manchester United weren’t successful enough in Europe. He viewed United as the biggest club in the world, so their relatively paltry three European Cups simply didn’t cut the mustard with him. “Real Madrid have won it nine times, Milan six and then there are clubs like Bayern Munich and Ajax who have won it four times,” he once said.

Fans of both numbers and football history will note that he rather pointedly missed one out, there. To say Ferguson was obsessed with Liverpool could be taken as a pejorative, such is the way of things, but when it is said about his relationship with the team just down the road, it is not meant as such. Because he was, in many ways obsessed with them; or, perhaps more accurately, obsessed with beating them.

Reading his second autobiography spells that out enough. ‘I could always feel their breath on my neck from 30 miles away,’ he wrote about Liverpool, even as they collapsed in the early 1990s, while about the prospect of them kicking on from the ‘treble’ season of 2001, he said: ‘My thought that year was ‘Oh no, not them. Anyone but them.’’

The autumn of 2002 was one of the few times after 1993 that he might have felt genuinely threatened by ‘that mob’, as he called them. The previous season United had finished third, ten points behind Arsenal but perhaps more seriously three back from Liverpool, the first time they had trailed their great rivals in over a decade. Then the 2002/03 season started horribly for United, without the injured Gary Neville, Paul Scholes and Roy Keane, the heart and perhaps spirit cut from the team, and with constant questions about the wisdom of his transfer dealings, most notably Juan Sebastian Veron and Diego Forlan.

When the Guardian’s Michael Walker sat down for an interview with Ferguson that September, United had just lost two league games in rapid succession, to Bolton then Leeds, and sat ninth in the nascent league table, again behind Liverpool. By this point people were wondering about Ferguson, if his powers were waning and his hunger dissipating – after all, it was only the previous year that he announced he was leaving United, only to reverse the decision that Christmas, persuaded (or, as he tells it, basically told) to stay by his wife and sons. United looked in a bad way, calamity was foretold and some thought one of the great managerial careers was circling the drain.

Alan Hansen, who at that time wrote a column for the Daily Telegraph as well as louchely leaning back in his Match of the Day chair and casting forth on the latest episode of sub-par defending, picked up on the theme the Monday after the Leeds defeat. He wrote: ‘When the players of Manchester United look back this week on defeats to Bolton and Leeds, they will recognise that although you cannot win the Premiership by November, you can certainly lose it by then. Their manager, Sir Alex Ferguson, will recognise this difficult start to the season for what it is: the greatest challenge of his career.’

Ferguson, well aware that Hansen had, shall we say, form for chipping off about United, disagreed. He told Walker: “My greatest challenge is not what’s happening at the moment. My greatest challenge was knocking Liverpool right off their f**king perch. And you can print that.”

Walker didn’t focus on the latter point, though. “It wasn’t actually the swear word, but the word ‘perch,’” he says. “It was an unusual word, in a way. I don’t think anyone had really talked about Liverpool being on a perch. It was that word that became associated with him and his determination.” Interestingly, Ferguson makes reference to the word ‘perch’ in his autobiography, saying he’d used it towards the start of his United tenure, so perhaps it had been in his vocabulary for a while.

If someone was playing Ferguson in a film and acted this scene out, there would probably be a big dramatic pause before the confirmation that this was indeed for public consumption, perhaps the swelling of some music, just to really amp up the tension, but actually there was no pause. It was straight away, said rapidly and accompanied by that famously steely stare, which somehow makes him seem even more determined.

“It was an interview of two halves, actually,” says Walker. “I went to see him one week, and we went on for while, but he was called away to do something urgent. He said something like ‘You won’t have enough there, why don’t you come back next week?’ I went back the next week, and in that time Hansen must have said his thing.”

The spectre of Liverpool was always there, not just in their briefly superior league position but – in Ferguson’s mind at least – in the media too. “The BBC are dying for us to lose,” he once said. “Everyone is from Liverpool with a Liverpool supporter’s flag – they’ll be here every time until we lose, that mob…Liverpool Supporters’ Association.” Hansen, clearly, was part of this Scouse cabal that Ferguson had convinced himself was waiting in the tall grass for every failure. Ferguson was from Govan (he may have mentioned that once or twice), but when it came to Liverpool he spoke like he was born in Stretford.

In 1988, two years after taking over, he outlined his determination and plans for his time at Old Trafford. “I am not kidding. This isn’t just a job to me. It’s a mission. I am deadly serious about it – some people would reckon too serious…we will get there. Believe me. And when it happens life will change for Liverpool and everybody else – dramatically.” In his first autobiography, he took a swing at the Liverpool contingent in the Scotland 1986 World Cup squad, which he managed. Even in praising his own players, he could not resist the odd dig. “Wayne Rooney is from Liverpool and everyone from that city has a chip on their shoulder,” he said in 2005.

The antipathy was, of course, mutual. When United travelled to Anfield in 2006 (the game in which Alan Smith broke his leg), a banner appeared in the stands that read ‘Look Alex – back on our f***ing perch.’ A fifth Champions League trophy undoubtedly emboldened Liverpool and their support, but one suspects Ferguson was fairly convinced he had the last laugh. Ferguson didn’t just want to knock Liverpool off their f***ing perch, but once they were on the floor give them a sound kicking then bury them up to their necks in soil, just enough so they were defeated, but could witness United’s success.

And witness some more success that season they did. United recovered from that ropey start, got their injured stars back and didn’t lose a game after Boxing Day. They breezed to another league title, while Liverpool finished fifth. The perch remained firmly unoccupied.

Plenty of the quotes in this piece were gathered from Danny Taylor’s book ‘Squeaky Bum Time: The Wit And Wisdom Of Sir Alex Ferguson’, available to buy here.