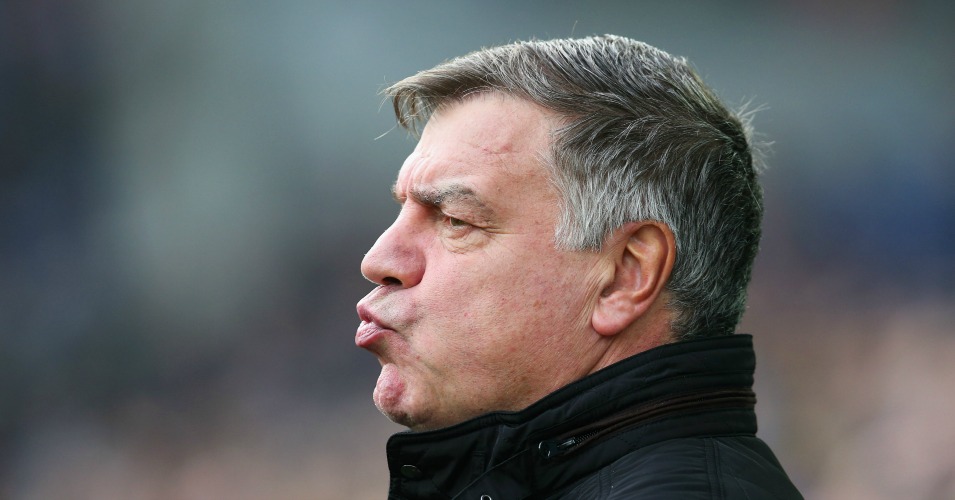 Arrogance in sport is a curious thing. It is generally viewed as not the most attractive of character traits, particularly in a nation where thinking too much of oneself is very sternly frowned upon. But for a professional sportsperson, an unshakeable self-regard is probably absolutely necessary. Think of the way Cristiano Ronaldo seems to blame all in the cosmos, except himself, for missing chances: surely that’s just a healthy way of perceiving the game. If you believe you’re always going to triumph and only outside forces can stop you, perhaps you’re more likely to succeed.

Of course arrogance is a delicate thing, and when it turns into hubris – when one thinks of themselves as indestructible and impervious to those outside forces – then problems are never far away. Which brings us to Sam Allardyce.

In The West Wing, there’s a scene in which President Bartlet, upon hearing that an often reckless and righteous aide had revealed national security secrets to the press, says, “Is it possible to be astonished, and yet at the same time, not surprised?” That’s very much the feeling that sprang to mind on Sunday evening, when it emerged that Allardyce had managed to get himself involved in the Daily Telegraph’s hidden camera show.

On some level we probably all knew that, at some point, something like this was going to happen with Allardyce. Not necessarily because of his, shall we say, ‘form’ in this area, but because his self-regard is absolutely titanic, and that can very often lead to the ‘silly’ situation in which he found himself. What Allardyce actually said was fairly tame, but to put himself in that position was perhaps stupid and naïve, while the idea that he would not get caught was certainly arrogant.

We knew this about Allardyce. We knew that he seemed to think almost every job he’s undertaken (before his last one) was slightly beneath him, that a man of his obvious and considerable gifts should be managing somewhere loftier. We know this because he’s said as much on a good few occasions.

Back in September 2010, Allardyce was in charge at Blackburn, and doing reasonably well. He had taken over from Paul Ince a little under two years previously, the club second-bottom having won just three of their 17 games. He stabilised them and eventually finished 15th, and the next season tenth with a League Cup semi-final thrown in. So his feathers were particularly bushy when he began casting forth about where his talents should belong.

“I’m not suited to Bolton or Blackburn, I would be more suited to Inter or Real Madrid,” said Allardyce. “It wouldn’t be a problem to me to go and manage those clubs because I would win the Double or the league every time. Give me Manchester United or Chelsea and I would do the same, it wouldn’t be a problem. It’s not where I’m suited to, it’s just where I’ve been for most of the time. It’s not a problem to take me into the higher reaches of the Champions League or Premier League and would make my job a lot easier in winning it.”

One shudders to think where Allardyce would register on that test of self-perceived confidence on which Nicklas Bendtner scored ten out of nine. Allardyce later went on to say he made those comments in jest, but that wasn’t entirely convincing. Indeed, he made a similar claim about another of his more famous proclamations, that brought together his arrogance with another familiar theme.

Two years later, now installed at West Ham, Allardyce was preparing for the visit of Manchester City, managed by Roberto Mancini, who of course replaced another good old British chum in Mark Hughes. In his pre-game press conference, Allardyce was asked if he would fancy his chances in the City job, he replied: “I won’t ever be going to a top-four club because I’m not called Allardici, just Allardyce.” Again, he quickly clarified that he was kidding, but many a true word is spoken in jest, and all that.

For Allardyce, and indeed most British managers, the perception is that they have been forced out, that foreign managers are considered more sexy and intellectually fashionable. In fairness, it’s certainly easy to see why the paranoid Englishman might think so: at the time of writing 13 of the Premier League’s 20 managers are ‘foreign’, which for these purposes means ‘non-British’. It’s a theme Allardyce revisited at his unveiling as England manager, and one the plucky Brits are keen to regularly trot out, most recently Sean Dyche.

But it’s the assumption that the only thing holding him back is his Englishness, his lack of an exotic name or background, that stands out. Allardyce, and those of his mindset, seem to be of the opinion that they are quite obviously good enough, and it’s just the snobbery of those in power that means they haven’t all been handed the top jobs in football. At this stage it might be worth pointing out that the seven Brits currently have zero major trophies and just three finals between them. There’s a chicken and egg scenario somewhere here, but it doesn’t exactly present compelling evidence that they deserve top jobs.

Indeed, the inconvenient problem for Allardyce is, that when British managers have been given a chance, they have made a frightful balls of things. David Moyes at Manchester United, Mark Hughes at City, Tim Sherwood at Tottenham and Aston Villa, and now, most unfortunately of all, Allardyce himself.

Allardyce was the big hope with England, the man to prove that you could still get ahead even if your name wasn’t Allardici. And of course the irony was that if his name was in fact Allardici, the considerable but still relatively modest achievements of solid Premier League finishes wouldn’t have been nearly enough for the national job.

It’s tough not to feel a little sympathy for Allardyce, eased out of his dream gig for non-footballing reasons. But then you remember the things he has said, his hubris and sense of entitlement, and that sympathy dies down a little.