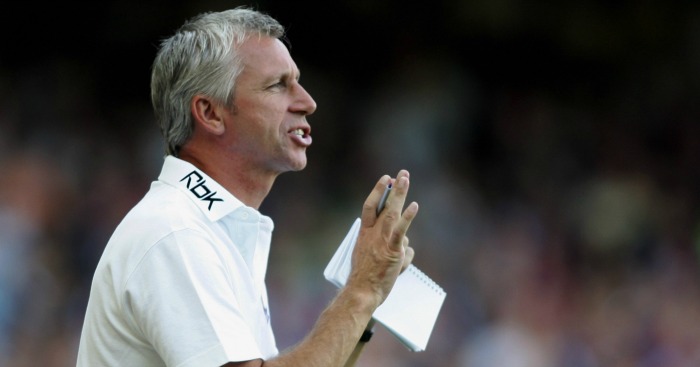 The first thing to say is that it’s absolutely true. When a ‘behind the scenes’ figure at a football club writes a book, you’re always liable to suspect they may have, well, exaggerated a few things for effect. Some stories you will treat with a degree of suspicion, no matter how funny or plausible, or how much you would like them to be true. But this one is true, independently confirmed as such to Football365. It’s absolutely true.

Stevie Bacon was West Ham’s club photographer for around 35 years and, by all accounts, something of a ‘character’. There was a terrace song dedicated to him. There was even a burger named after him (called, imaginatively enough, the Steve Bacon Burger), sold at Upton Park. Or the Boleyn Ground. Or whatever the hell that pile of rubble in east London used to be called.

In 2012 he, as you might expect from someone who had been around a club like West Ham for such a long time, published a book. This was the story of a man who watched a football club change over a generation, and the book featured assorted anecdotes of japes with and opinions from John Lyall, Lou Macari, Billy Bonds and Harry Redknapp. One passage about the latter includes the phrase ‘people questioned why he bought certain players….’ The foreword was written by Trevor Brooking. One chapter begins ‘Avram Grant is a miserable character’.

But in among some relatively tame tales and standard banter, one story – one chapter, in fact – stands out, like floodlights on a misty winter evening, bright and cutting through the dark. ‘I don’t like Alan Pardew,’ begins chapter six. ‘There, I’ve said it,’ as if this was Stevie finally breathing a sigh of relief and letting loose what he had held for the entire tenure of a West Ham manager. ‘In fact, I don’t think I’ve ever known a more arrogant person in my life,’ he continues, ‘There was one occasion when I threatened to stick a fork in his hand. I was sort of joking, but there were definitely times when I felt like swinging at him. Or telling him to fork off, if you follow my drift.’ We do, Stevie. We do.

Arrogance is not a surprising accusation to level at Pardew, a man you’d imagine is fond of a mirror, but in a piece of reportage such as this, you’d want some evidence to back up Bacon’s statement. And he provides it. Boy, does he. If you’ll excuse simply copying a healthy tract from the book, here it is:

‘Let me tell you a story. In fact, it’s called the ‘King story’ among those who were present and who believe it’s a perfect example of Pardew’s arrogance. We were staying at a hotel in the North East ahead of a game at Sunderland during Alan’s first season in charge and were about to have our Friday evening meal…I sat down with Pardew…and fitness coach Tony Strudwick, who now works for Manchester United and has done very well for himself. We ordered our meals and suddenly Pardew asked us all what were were having. I think Eddie said he’d gone for the chicken, while I’d chosen the steak.

‘Our meals eventually arrived and Pards looked at Tony and said, ‘Yeah, I was right, yours definitely looks much better than mine; I’m having that.’ And he went to swap the plates over. ‘You can’t do that!’ I said. ‘What do you mean?’ he asked. ‘You can’t just take somebody’s else’s dinner,’ I said in disbelief. And he replied, without any hint of a joke, ‘When you’re the King, you can do anything.’

The King. Apparently this became a running joke, and people who had previously worked with Pardew at Reading told Bacon that was how he referred to himself there, too. As revelations go, Pardew being rather fond and full of himself is not exactly the most difficult to believe (this is, after all, the man who did that dance at Wembley last season), and this seems to be simply the confirmation of what we already knew.

Not that arrogance is necessarily a bad thing (indeed, it’s probably essential for anyone involved in football), but what’s presumably enjoyable for Bacon, and indeed anyone who appreciates a little light schadenfreude, is that Pardew doesn’t exactly have the goods to back up his lofty opinion. After being sacked by West Ham he spent just under two years at Charlton, leaving with protests ringing in his ears, and was then sacked by Southampton before lucking out by getting the Newcastle job. His subsequent reputation seems to be built largely on his one good – excellent – season there, and as the award-nominated Daniel Storey detailed recently, things are starting to go south at Crystal Palace. Those links with the England job do look a little more far-fetched at the moment. Not that Pardew would think so, of course. It’s also worth noting that West Ham lost the game to Sunderland, before which the ‘King’ meal took place. All about timing, this game.

In some respects, it doesn’t really matter whether the story is true. It fits with our idea of Pardew, and thus becomes a story we want to believe, without knowing if it is true. But just remember: it is absolutely true.