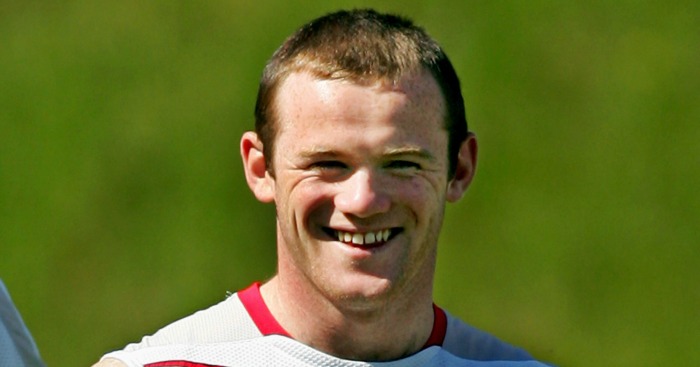 England’s appearances at major international tournaments, over the last 20 years or so, have had a sort of comforting routine. You basically know what’s going to happen – the laboured group stage, the brave quarter-final exit – and the odd Iceland-related flourish aside, you can therefore relax and concentrate on the rest of the tournament. And for a few years, part of that routine was the pre-tournament injury scare.

One of the consequences of the ‘golden generation’ theory was that you almost stopped thinking of England as a team, but a collection of individuals who should probably be talented enough to play quite well. It wasn’t quite as much England v Portugal, but rather BeckhamLampardGerrardTerryColeRooney v Portugal. Because of that, it was easy to obsess about one of those individuals, and despair should one of them potentially be unavailable.

In 2002, it was David Beckham, his metatarsal taken out by Deportivo midfielder Aldo Duscher a few weeks before the World Cup. Four years later, the baton had been passed to Wayne Rooney. The ‘assassin-faced baby’ (c. the Guardian’s Daniel Taylor) had established himself as the latest great hope of English football, early promise at Everton starting to be realised with Manchester United. He was England’s best player at Euro 2004, and when he picked up an injury against Portugal, Sven Goran Eriksson didn’t seem terribly clear on what to do without him. As the 2006 World Cup approached, that feeling remained.

About a week before Eriksson was due to name his squad for the tournament, United played Chelsea at Stamford Bridge. Chelsea only needed a point to secure the title but with ten minutes left they were 3-0 up and heading for all three. Rooney – still only 20 at that stage so with some, shall we say, ‘maturing’ to do – chose not to take the sensible route of minding his own business and playing out what was basically a meaningless passage of football. Instead he charged around making ill-advised challenges: one of which, a scissor-chop on Didier Drogba, earned him a booking, then as the game wound down he bounded towards goal, alongside Paolo Ferreira. The full-back tackled him, but Rooney’s foot became caught and he screamed out in pain.

The metatarsal, about which everyone remained an expert from 2002, was the bone broken. Rooney suffered a similar injury in 2004, and that time it took the better part of three months for him to recover: he was told this one would take about six weeks, taking him tantalisingly close to that summer’s tournament in Germany. ‘The boss gave me a talk about not setting my heart of playing in the World Cup,’ Rooney wrote in his first (!) autobiography, but Alex Ferguson was a little more forthright with Eriksson.

According to everyone’s favourite life-celebrating Swede, Ferguson flatly said that Rooney couldn’t travel to Germany, and had United’s doctor back him up. England’s doctor, Leif Sward, disagreed, accusing his United counterpart of lying about the severity of the injury. ‘Before I selected my final squad, he (Ferguson) called me again,’ Eriksson wrote in his autobiography. ‘This time he was screaming into the phone – that was his way of communicating – something about making my life very difficult if I went against him and picked Rooney.’

Rooney, of course, was pretty keen to go. He was given the use of an oxygen tank to aid his recovery, but that only seemed to make him feel sick, and didn’t have much impact on the injured foot. So desperate was he to make the World Cup squad, he impatiently hurried his recovery process against some medical advice, including removing his protective boot to dance at a wedding. Prince William dropped in to check on his progress. Again, the country – or at least the media’s impression of the country – seemed obsessed with a small bone in a bloke’s foot.

In the end, he made it. Just about. He flew out to Germany with the squad, but had to return two days later for the final scan. Having been given the good news, he rejoined his colleagues. Upon reaching the Baden-Baden hotel, Rooney supposedly greeted his teammates by saying: “The big man is back in town.”

It’s one of those lines that, like a few others in football history, has stuck because we want it to. It sounds absurd. Who calls himself ‘The Big Man’? Particularly when he’s not that big? An egomaniac, that’s who. The narrative declaring this England squad as the fanciest and flashest of all time was already in full swing, the press obsession with wives and girlfriends reaching weird levels, their presence apparently supposed to symbolise all that was wrong with modern football. So of course, the ‘big man’ line was latched onto: all the papers reported it, it was on TV, and even all over ‘the internet’.

So where did it come from? In short, it was from venerable BBC commentator Mike Ingham, who just happened to be in the England hotel when Rooney arrived. “I was slightly compromised,” Ingham told Henry Winter a few years ago. “I was in a privileged position. We are in the England hotel. Are we supposed to be reporting on things we see?

“When he walked in, the kit-man was waiting for him. I was there, in reception. No one else was there. The kit-man put his arms round Rooney and said: ‘The Big Man is back.’ And then Rooney said: ‘The Big Man is back in town.’ He added that line. We had our little studio around the corner, we were live, and I went on and gave that quote. I know Rooney is slightly embarrassed about that quote. He’s possibly even tried to deny it but it was there.”

Indeed he has tried to deny it. ‘I was reported as saying to the rest of the lads in the dressing room ‘The Big Man is Back’ Rooney wrote. ‘That was rubbish. It’s not me. I might have faults, but I’m not a big head. I presume it was just someone, somewhere, realising that after the Trinidad game I was now likely to start the next game – that I was ‘back’. To make it better, they put the quote into my mouth – and got me all wrong. You can see why I don’t read the papers.’

Well quite. You all know what happened next. England laboured through with a half-fit Rooney, who then trod on Ricardo Carvalho’s swingers in the quarter-finals. Eriksson departed, and Steve McClaren took over. The big man eventually broke the England goalscoring record, and now looks like a man wearing a Wayne Rooney suit who occasionally gets to play football.

At one point though, everyone panicked because they thought England would be without him. These days, England don’t really have anyone about whom there would be such a flap. Maybe that’s for the best.