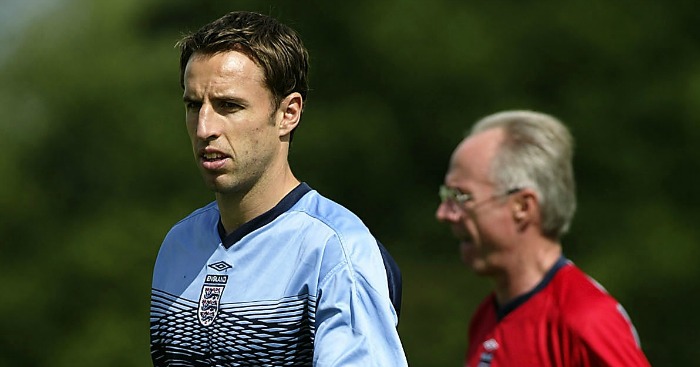 Who remembers Sven Goran Eriksson? Balding chap, glasses, looked a bit like Monty Burns. Managed England for a bit. You know the one. For a while he was quite good at it, achieving pretty good results while at the same time smartly managing to be knocked out of tournaments either by quite good teams or on penalties, thus shielding himself from the fiercest heat. Probably the worst you could say about him was that he didn’t exceed expectations, or that he was foreign, and one of those only applies if you’re Jeff Powell.

The thing was, nobody seemed really sure why he was good. He didn’t seem to have a particularly keen tactical brain, spending a good portion of his reign picking the 11 best players and hoping for the best, like throwing some of those poetry magnet things at a fridge and hoping they made a sonnet. In his autobiography, Alex Ferguson recalls asking Paul Scholes what Eriksson had going for him, and he couldn’t shed any light. And, of course, he wasn’t, to say the least, particularly bombastic, resembling a mild-mannered maths master more than a Shakespearean leader of men.

That last point became an issue at the 2002 World Cup. England turned in their customary disappointing group stage draws against Sweden and Nigeria, but the win over Argentina was enough to put them through. Denmark were airily brushed aside, which led to a quarter-final against Brazil. Michael Owen gave England the lead, but a couple of minutes before half-time David Beckham, who had earlier briefly left the game on a stretcher and whose metatarsal had barely healed from its pre-tournament injury, jumped out of the way as Roque Junior and Roberto Carlos converged on him. Scholes was limply dispossessed in midfield and Ronaldinho swept forwards, fed Rivaldo and he equalised.

Just before the break, this was the fabled great time to score a goal for Brazil, sucking the life out of England and sending them into the dressing room in need of a pep up. ‘Some uplifting oratory was needed at half-time,’ wrote Joe Lovejoy in his book ‘Sven Goran Eriksson’. ‘Unfortunately the inspirational stuff is not Eriksson’s forte, and the players were disappointed when he let his assistant, Steve McClaren, do most of the talking.’

This is at least part of the reason that Eriksson was mistrusted by some. His ostentatious foreignness didn’t help, but if he’d only been a little more garrulous, a tad more chest-thumping, rather more, well, English, then people may well have given him an easy ride. Lovejoy continued: ‘As one of the defenders (to identify him would be to risk the termination of an international career) put it: ‘We needed Churchill but we got Iain Duncan-Smith.”

A neat line. Two bywords for either end of the perceived ‘inspirational’ scale in politics, an image to neatly nod about and approve of. It gained something a little extra because of its theoretical anonymity, a faint air of mystery around it, although a look at the defenders in that squad would suggest a couple of candidates. Sol Campbell dabbles in politics, particularly the wing on which Duncan-Smith resides, Martin Keown might have been responsible, and Rio Ferdinand is smart enough to have come up with the quip.

But at some point in the intervening years, the mystery player responsible was revealed to be one of Eriksson’s eventual successors, the man who sat in a conference room at St George’s Park this week and tried to present a case for him being the England manager. Gareth Southgate is nobody’s idea of a footballing Churchill (not least because he’s never expressed beastly views about Indians, but that’s a different discussion), and finds himself leading the national team as a result of circumstance. Southgate is there, as he tacitly admitted, to offer as much continuity as possible after the piping hot mess left after Sam Allardyce’s ousting. He’s basically the bloke who knows where the mugs are kept.

Without trying to be needlessly harsh to a decent man who is essentially doing a favour for his employers (and, if you want to be florid about it, his country), he’s not an especially impressive figure. With all the appropriate caveats about how important this actually is and all that matters is how he talks to the players, when being given his light grilling by a group of journalists, he seemed nervous, constantly fiddling with his fingers and painfully cautious about what he was saying. This partly seemed to be from an understandable desire not to give a headline, but also seemed to suggest he was frightened of his own shadow.

Earlier he had commented that football is “a sport I love but an industry I don’t like”, but when pressed to specify what he wasn’t fond of, he clammed up, despite there being any number of safe answers to that question. He was also asked whether he wanted the job beyond the coming four games, but wouldn’t commit himself. That’s perfectly sensible, but he didn’t present the idea of a man who thought he was born to do the job, an argument even tougher to make since he’d said four weeks ago that he wasn’t ready for it.

Perhaps this doesn’t matter in the least. Allardyce pulsed with confidence at his unveiling, a man whose happiness at being England manager was tempered only by a vague sense of annoyance that it had taken this long. And look where that attitude got him.

Maybe bombast doesn’t equal good management. When the line was put to Eriksson a few months after the World Cup, he not unreasonably noted: “If anyone can guarantee me that we would have done better in the second half if I’d spent half-time shouting then I will listen to them. But I think it’s old-fashioned.” Quite so, and Southgate can be assured that it’s perfectly possible to be a manager without throwing tea cups. Do not underestimate the determination of a quiet man, as some politician or other once said.

But it does feel slightly uncomfortable that Southgate himself identified that as a desirable quality, in certain situations, a quality that it’s difficult to imagine him having. To contend that you don’t need to be Churchill in the dressing room is fine, but is trickier when you’ve previously argued the opposite.

When Southgate gave that line he probably never dreamed he would end up in Eriksson’s shoes. He’s there now, and the trouble is, in that line he gave himself a standard to live up to. Perhaps he’ll never have to be Churchill, but there will always be the thought at the back of his mind: could he be?