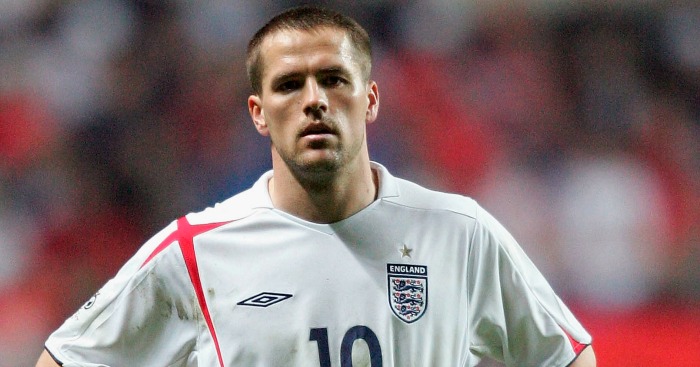 If you poke around the histories of most people who have been at the top of football for any significant period of time, the chances are you’ll find a few choice quotes. Your Cloughs, your Shanklys, your Nicholsons: all have some quips in their back catalogues. And so too Carlos Alberto, primarily famous for captaining Brazil to the 1970 World Cup and scoring that goal in the final, who died this week aged 72.

But as well as skippering perhaps the greatest international team in history, being regarded as one of the great right-backs and pulling off the ever-tricky afro/mutton chops combo a few years later (arguably outstripping even Ray Dorset from Mungo Jerry), it seems Alberto possessed a handy talent for the zinger, too.

After a glorious playing career that took in, surprisingly, just that one World Cup but four titles and near enough 500 appearances over eight years with Santos, Alberto embarked on what we’ll call a ‘peripatetic’ life as a coach. He had spells in charge of Flamengo, Corinthians, Botafogo, Fluminense and Atletico Mineiro back home, as well as taking charge of teams in Colombia and Mexico, the Oman national side and finally, in 2004, he came to be coach of Azerbaijan.

The latter engagement ended after an ‘up and down’ 18 months, which initially didn’t go too badly and included a five-match unbeaten run (at that point their best sequence since the Soviet Union’s dissolution), but the wheels eventually came off with some gusto. They lost 8-0 to Poland, he dismissed Northern Ireland as a “shit football team” and was eventually dismissed following the return against the Poles. Towards the end of the game Alberto held proceedings up for some time by storming onto the pitch, giving a Fifa official a (fairly gentle) slap round the chops and accusing the referee of being bribed.

And all of that in the Tofikh Bakhramov Stadium, too. What would the great man make of such behaviour towards officials?

Before that flamboyant explosion, not long after the first Poland game, Azerbaijan came to England. Sven-Goran Eriksson’s side won 2-0 with goals from David Beckham and Steven Gerrard, but Michael Owen had something of a stinker, missing chances and getting himself booked, meaning he’d miss the next game. This, it seems, was seized upon with some glee by Alberto after the game, who in the post-match press conference embarked on a lengthy rant expressing his displeasure.

“This man – what’s his name? – the number 10, the small one who doesn’t play in the Real Madrid first team,” began Alberto, warming up in fine style as he began the process of tearing a strip or two off the diminutive forward. “He said that if Poland beat Azerbaijan 8-0, England should score at least eight and he’d score five of them. Who is Michael Owen anyway? What has he ever won in football? He plays for Real Madrid but he is always on the bench.

“It is not right for him to say that he can score five goals against Azerbaijan. Where are those five goals tonight? I have a history in football but what is the history of this guy, this midget? He ought to clean his tongue and wash the boots of David Beckham as they are so wet tonight.

“He didn’t score one. Sven-Goran Eriksson is a good man, he should teach him to respect everyone. Who is he anyway? Who is he? I would say this to his face if he was here. I hope he is back on the bench when Real Madrid play this weekend.”

Crumbs. This, we think you’ll agree, is a lesson in ire. It’s got everything: there’s the dismissal of Owen as merely a short man; there’s the reminder that he wasn’t getting many games with his club at the time; there’s the unflattering comparison with a teammate; there’s the instruction to carry out a humiliating task with a body part; and there’s the invocation of his own standing in the game, a reminder that he had won the World Cup, but what had this pipsqueak achieved? Nothing. NOTHING.

So, what had lil’ Mickey done to incur such wrath? Well, not much, as it turned out. Before the game a mischievous journalist had asked Owen if, in the light of Azerbaijan’s recent 8-0 reverse, he fancied aiming for England’s single-game scoring record of five. Owen, as he tended to do in his playing days, replied in that bland, single-boiled-egg-with-dry-toast manner of his, that yes, that would be nice, wouldn’t it.

“I wasn’t aware that five was the record and that’s a fantastic feat,” flat-batted Owen. “I’ve scored four goals a couple of times before, but I don’t remember ever scoring five in a game. But 8-0 against Poland has certainly got everyone thinking there could be a few goals about. Many years ago, there were plenty of cricket scores in international football and these chances are few and far between, but winning the game is the most important thing.”

A lesson in speaking without saying anything. But of course, such is the way, his comments were jazzed up a little by a couple of newspapers, and through the filter of both this and at least one ropey translation, Alberto got the impression that Owen regarded the game as little more than a training exercise.

“If he checks my pre-match quotes he will realise that I never said anything about scoring five goals,” Owen said after the game. “I would never be so disrespectful. He would, though, be perfectly within his rights to criticise my performance – I’ve certainly had better games in an England shirt.”

Well quite. And when this clarification was pointed out to Alberto, the old boy backed down. “I believed he’d promised to score five and that made my players and me very angry,” he said. “I was still upset after a match in which he did not look like scoring, but now, for me, it is finished. If that is the case then I accept his apology and apologise back to him.”

All of this actually says plenty of good things about Alberto. Firstly, that when he believed he’d been slighted he had enough gumption to forget diplomacy and express his anger, in highly-entertaining fashion, too. And secondly, when it was pointed out that he was in fact mistaken, he had the decency to admit he was wrong, something fairly rare in football.

A satisfactory conclusion, then, to an entertaining episode, worthy of a man with his career and one we do not see much anymore. Thanks, Carlos.