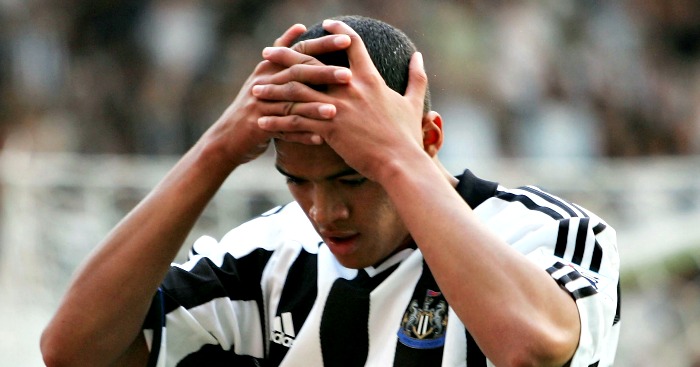 When will we reach the point where it becomes tedious and pointless to draw comparisons between sport and recent events in the political sphere, and indeed society in general? What’s that? The point came and went some time ago? Well, let’s flog this decidedly peaky-looking horse just one more time.

The US presidential election has provided more evidence that something does not have to be true in order for it to be widely accepted. If you say something with certainty, loudly and frequently enough, then people will believe it, will accept what you say as fact, no matter how much evidence there actually is to dispute that. Call it post-fact, call it post-truth, call it a sad indictment on modern society, call it whatever. It’s why newspapers run tiny corrections buried deep within for the front-page splash a few days ago that turned out to be nonsense. They’ve got their message across in the loudest manner possible, because they know people will absorb it, then the correction comes quietly.

Which brings us, naturally enough, to Jermaine Jenas. When he broke into the Nottingham Forest team aged just 17, Jenas immediately looked like the best player on any pitch he stepped upon. Which, given the horror show of a Forest team he entered, is perhaps not saying a great deal, but everything about him screamed a player of class: his touch, awareness and engine, all suggested a man who would play for England one day.

A couple of years later Newcastle paid a not insignificant £5million for him, and during his initial time at St James’ Park, he looked like he would fulfil those early predictions. He won the PFA Young Player of the Year award in 2002/03, and made his international debut against Australia that year – one of six players to play their first international in that game, alongside James Beattie, Paul Robinson, Paul Konchesky, Francis Jeffers and, of course, Wayne Rooney.

However, things started going south soon afterwards. His form suffered, in the view of some due to an, ahem, ‘active’ social life (“Oh no, not JJ as well,” Sir Bobby Robson was reported to have said when told Jenas had been on a big night out in Manchester), he became unhappy at Newcastle and when 2005 rolled around, he wanted out. And out he got, in the form of a move to Tottenham, but not before a quote was hung around his neck that would almost define him more than any of his play.

Jenas’s unhappiness in the north east apparently stemmed from Newcastle being a little too insular for his liking. “I have spoken to the player’s agent and he tells me that JJ is quite happy with things at the football club,” then-Newcastle manager Graeme Souness said just before the transfer went through. “But he says JJ feels that it is like living in a goldfish bowl being a United player in Newcastle and that’s the biggest problem.”

Given this is the way it entered the public consciousness, via a man such as Souness, it’s hardly a surprise that the “goldfish bowl” line stuck, and stuck to the tune of being directly attributed to Jenas. It also seemed a fairly plausible theory: Newcastle is a relatively small city with a single, colossal football team, so you wouldn’t be surprised if a footballer found the atmosphere pretty tense. But even though it wasn’t an unreasonable assertion, it followed Jenas around like a cloud of pollution, and he became a symbol of a cosseted modern footballer, happy to trouser the riches brought by the game but not cope with its pressures: he couldn’t hack it in the city, he couldn’t take the scrutiny.

Not that all of this really matters because – and you’ll have probably seen this punchline coming – Jenas didn’t actually say it. The third-hand nature of the quote should probably have been a reasonable hint, coming via Souness, who got it via Jenas’s agent, who supposedly got it via Jenas himself. We all know how, in chains like that, nuance can disappear, words can be added and meaning can be completely lost.

“If there’s a journalist out there that quoted that I would love him to write in now or show me where I’ve actually said it was a goldfish bowl,” Jenas said, appearing on Goals on Sunday in 2012. “I actually loved my time at Newcastle, I really enjoyed it. The people up there were fantastic, the fans were always brilliant with me. Towards the end it was difficult. When they sacked Bobby a lot of me left as well. I felt like I’d stopped developing as a player a little bit and your head does start to wander.

“It was unfortunate that journalists out there made a story out of nothing with me leaving. I always felt that the truth comes out eventually. It’s taken a few years, but I never said it so hopefully one day the fans will understand.”

His cause wasn’t exactly helped by Kieron Dyer, sitting next to him on the Sky sofa that day. “It is like living in a fish bowl though, up there,” he said. “Since then I’ve been down to London and you play football, then once you leave the ground, that’s it. There’s no more football and you can go and enjoy a night with your family. At Newcastle it’s just football constantly, in the morning, in the afternoon, in the night.” He wasn’t the only one who agreed. “It (Newcastle) really is a goldfish bowl,” said Nicky Butt, just after leaving the club in 2010. “The supporters are so passionate it is untrue. It is a small city and everyone is Newcastle mad.”

Still, it wasn’t the only time Jenas attempted to clarify things. ‘My infamous ‘goldfish bowl’ comment about Newcastle for example never came out of my mouth,’ he wrote in his Yahoo Sport column earlier this year. ‘I loved that city. I was playing in the Champions League, I had a good social life, and I was improving as a player. When you’re young you appreciate that fame and you enjoy it, so I didn’t see the fact it was a goldfish bowl as a bad thing at all.’

And again, upon signing for Aston Villa on loan in 2011: “I never said that. I never did. I don’t know who made it up and I’d love to find the person who did. If I have said that, show it to me. It was something someone had made up to make the transition of me leaving smoother. It was said by someone but not by me. If someone has it on tape, I’d love to hear it.”It’s frustrating but what am I supposed to do? Scream in the middle of the pitch: ‘I didn’t say it!’”

That might have done the trick, but in the absence of a football pitch and a microphone, we offer an article on a long-running and moderately successful website. Hope that helps, Jermaine.