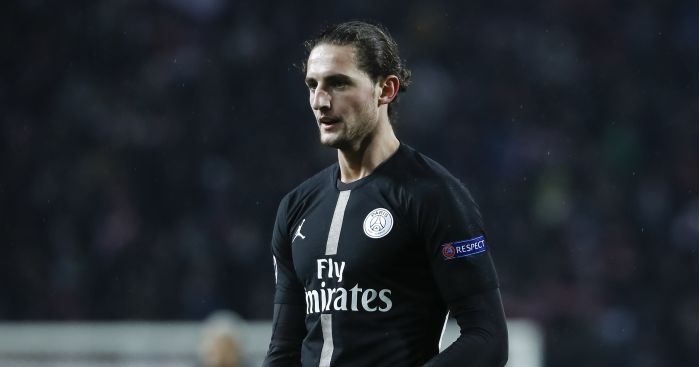 Real Madrid have nudged ahead of the pack in the race for sign Adrien Rabiot on a free transfer, according to reports.

Manchester United have been heavily linked with the Frenchman, who is set to leave the Parc des Princes this summer with other Premier League clubs Liverpool, Chelsea and Tottenham reportedly interested.

Recent reports had indicated that he had already signed a contract at Barcelona ahead of a move in the summer transfer window – but his mother, Veronique, denied those rumours.

She did admit, though, in a wide-ranging interview with French newspaper L’Equipe that her son has been made something of a scapegoat at Paris Saint-Germain and that “they attack him” because of his refusal to sign a new contract.

Rabiot hasn’t featured for PSG since the start of December and it now looks certain he will leave.

The 23-year-old was the subject of interest last summer from Zinedine Zidane before he decided to leave Real Madrid after winning three consecutive Champions League titles.

Now he’s returned, AS claims that they are ready to renew their interest in Rabiot and want to sign him for nothing.

The report adds that the midfielder ‘could have an agreement signed with Madrid’ while ‘his elegant style and quality are to Zidane’s liking’.