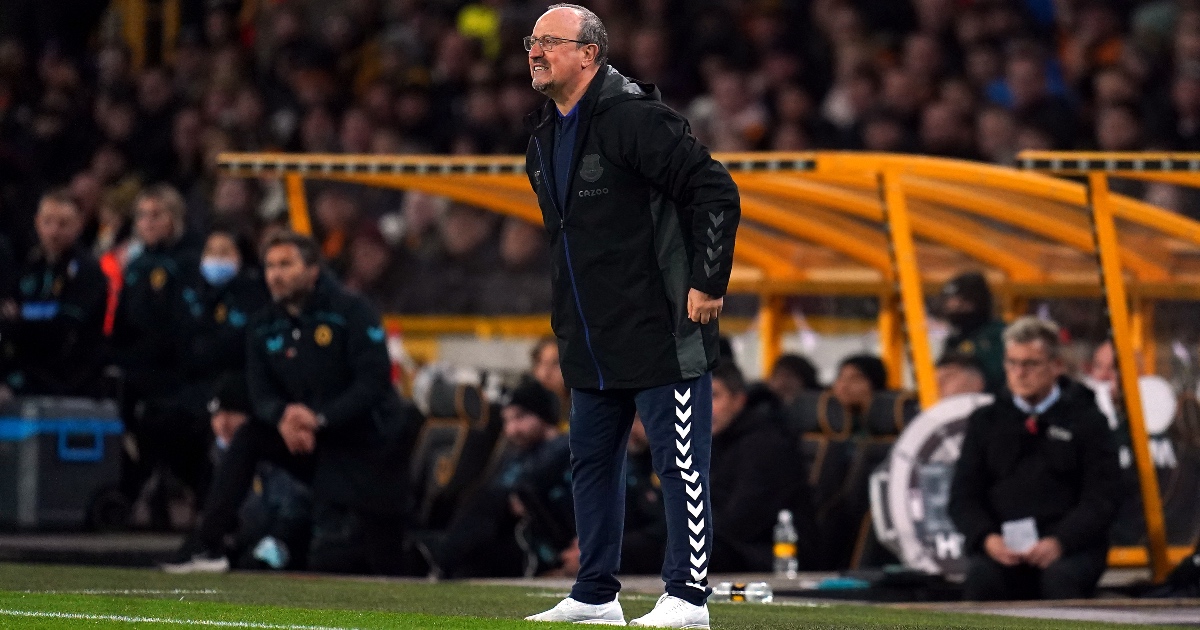 Rafa Benitez believes Everton are suffering from a lack of “character” and has called on his players to display greater mental fortitude.

The Toffees began the season brightly but results have since dipped, leaving them 11th in the Premier League table.

They haven’t won any of their last five matches and have developed a habit of throwing away games, conceding three goals in nine minutes at Aston Villa and four in 13 minutes against Watford.

Benitez is convinced this is a sign of their soft centre and has highlighted Allan and Fabian Delph as examples for the rest of the squad to follow.

“It’s always more difficult to work on that aspect,” he said prior to Sunday’s clash with Manchester City.

“I always remember what the famous late Spanish coach Luis Aragones used to say, ‘You cannot buy character on the fifth floor of El Corte Ingles’ or, as you would say here, John Lewis.

“That is true. You can talk about it, but it’s about performing in games. You can do well in a training session but it’s different when you have to do it in front of 50,000 fans.

“If you make a mistake or concede a goal, you have to be capable of reacting. You are looking for that in any team.

“These players with character are normally in the top sides, but we have to find them. We have guys like Fabian Delph and Allan, who are important players for us.

“If we can start winning, the players around them will grow in confidence and then it will be easier for me to talk about character.”

The Etihad, though, is a tough place to kickstart a winning run, and Benitez has admitted Everton will need a near-complete performance to get a result.

“City have so many options when they play,” he said. “But the only way for us [to win] is to be strong defensively, work as a unit and try to be dangerous on the counter attack.”

Finally, he offered an update on Dominic Calvert-Lewin, who is currently sidelined with a thigh injury: “At least two or three weeks. We have to wait because he is progressing well but he still needs time.”