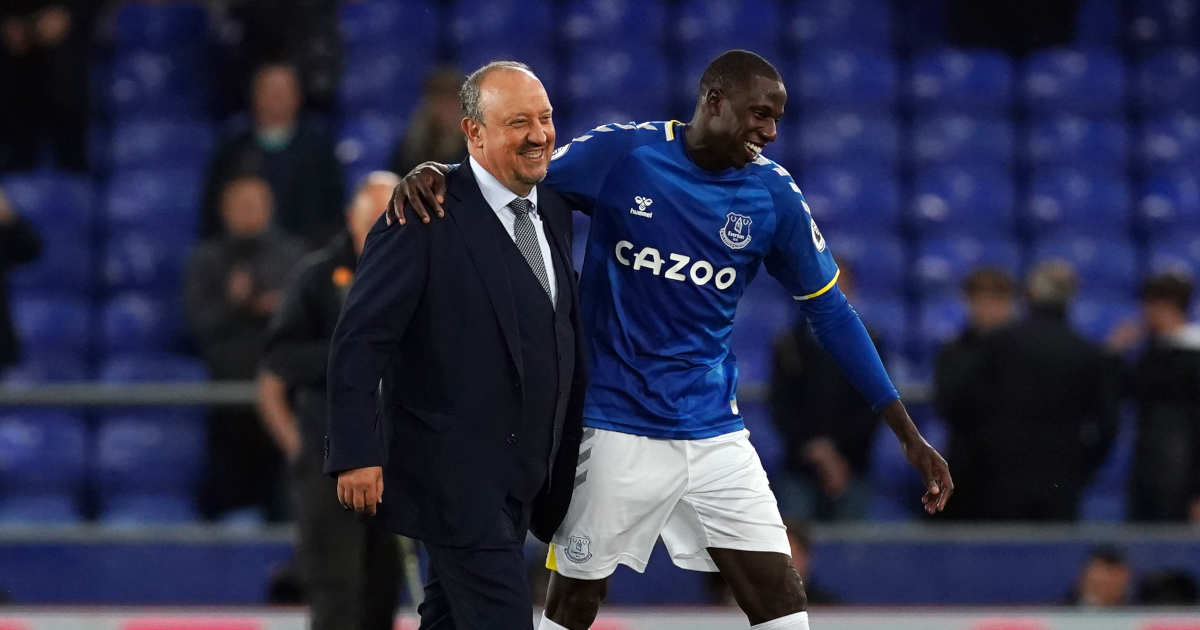 Rafa Benitez has taken Everton to joint-top of the league, but their previous overspending means that he’s got one hand tied behind his back.

In the space of six minutes at Goodison Park, the result was spun on its head. Everton had been trailing Burnley by a goal conceded early in the second half, but Rafa Benitez had an ace up his sleeve. Everton cancelled out Burnley’s lead through Michael Keane on the hour, and with the volume inside the stadium having risen, he withdrew Ben Godfrey in place of Andre Gomes. The goal, the tactical shift and the increase in noise seemed to knock Burnley off their stride; within five minutes a spectacular 30-yard drive from Andros Townsend and a third from Demarai Gray had put Everton beyond reach.

Had they scored two more goals they’d be sitting top of the Premier League, but fans will probably settle for fourth place and tied on points with Manchester United, Chelsea and Liverpool in mid-September. The last time Everton finished the season above fourth place was 1986/87, when they won the First Division title.

It’s early days, but with each passing match it has looked increasingly as though Everton are heading in the right direction, and it’s not the first time this season that a tactical switch has turned a game around for them. A couple of tweaks at half-time on the opening day of the season saw them overturn a half-time Southampton lead and secure a comfortable win.

Whatever else you might say about Rafa Benitez, he’s never been afraid of making a change if something isn’t working.

Appointing a manager who’s so closely associated with your local rivals always comes with an inherent risk to the person who’s making that appointment, but Rafa Benitez is in good company in this respect. Sometimes it works, as could be seen when Brian Clough took both Derby County and Nottingham Forest to become the champions of England in 1970s, but there is an extra layer of hostility for the new manager to have to work through. If things do happen to go wrong the levels of hostility may well be higher than they might otherwise have been.

There may also have to be a tacit acceptance of the possibility that a proportion of the fanbase will never accept him. Before Rafa’s arrival at Goodison Park was even confirmed, a threatening message was left on a bedsheet outside a house in the Wirral village of Caldy which had been identified as his new home. It turned out that the message had been left outside the wrong house, but the police became involved anyway. Almost three months on, no arrests have yet been made but one can only wonder how those who hung that bedsheet are feeling a little contrite now, considering Everton’s start to the season. 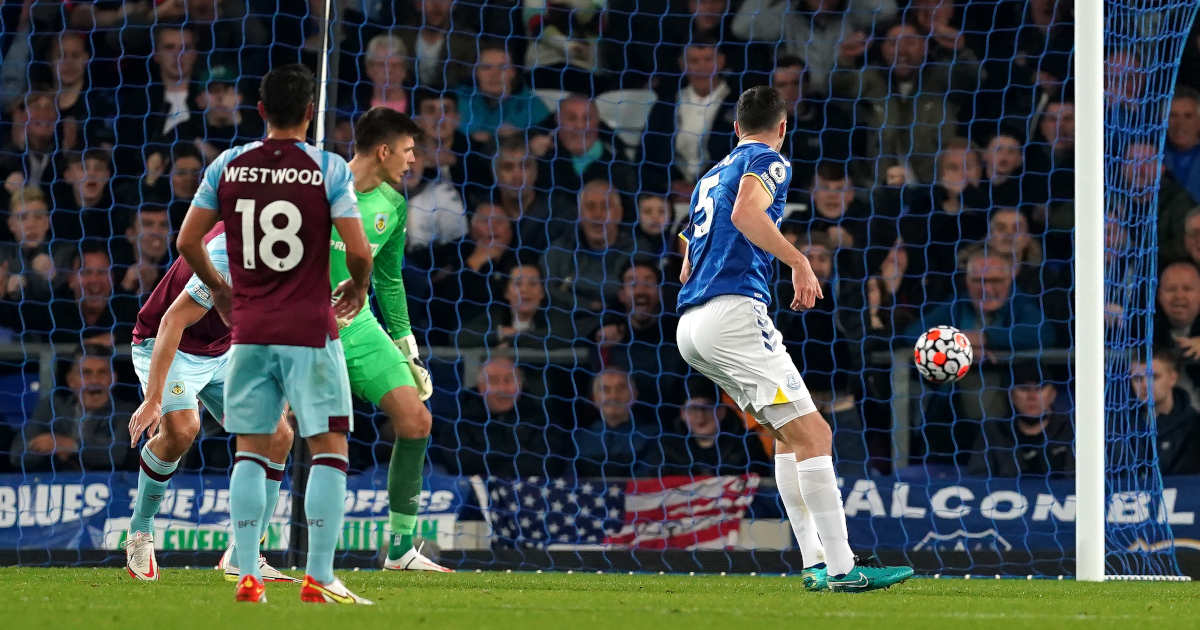 Once appointed, Benitez didn’t have the largesse that previous managers have enjoyed in the transfer market. Demarai Gray was the only signing that cost them any money, an almost obscenely low £1.75m from Bayer Leverkusen, but the other new arrivals in Andros Townsend, Asmir Begovic, Andy Lonergan and Salomón Rondón were all free transfers from the more ‘experienced’ end of the spectrum, with an average age of 33.

This contrasts starkly with the amount of money spent by his predecessors since 2016. The club’s biggest shareholder, Farhad Moshiri, has been investing lavish amounts since he bought a 49.9% stake. Ronald Koeman spent £226.5m, Marco Silva £202m, Carlo Ancelotti £66m and Sam Allardyce £47m, and not very much of that money was spent particularly wisely. The club’s last three years’ worth of losses on the company accounts totalled £265m, and Premier League profit and sustainability rules would have limited the club’s losses to £105m over that three-year period had the pandemic not led to the league relaxing its rules in September 2020.

Moshiri has not been happy with those rules – he memorably once called them “unfair play” during a radio interview – but the club has at least chosen to try and address the problem rather than hiding their heads in the sand and hoping that they will go away. Everton’s losses over this period of over-spending were the highest in the Premier League, a level that simply couldn’t be covered by their other revenue streams.

The club has been said to be confident that they will be able to bring their accounts back into line and avoid sanctions from the Premier League which may include a transfer embargo or a fine. The club’s proposed new stadium should increase their commercial revenues significantly but that won’t be opening until 2024 at the earliest, so it’s important that the club keeps its financial house in order until then.

Throughout Moshiri’s first five years at Goodison Park, Everton appeared to have fallen into a familiar trap. It’s perfectly possible for a football club to spend hundreds of millions of pounds on new players, but spending your way to success isn’t necessarily straightforward, especially when your club can’t offer the rarefied air of Champions League football that others can. The right coach to complement those players is essential. Benitez, it seems, has already improved the mood surrounding the first-team squad and having a harmonious team is important for any coach hoping to out-perform expectations.

Perhaps it was Benitez’s previous experience at Newcastle which informed Everton’s decision to appoint him. At St James’ Park, Mike Ashley’s parsimony led to him operating with one hand effectively tied behind his back, but amid all the unhappiness that the supporters held towards the club’s owner, he still managed to form a bond with them as manager. While Everton have been nowhere near the same state of civil war, Goodison Park hasn’t been an especially happy place over the last couple of years and Benitez faces spending restrictions that didn’t exist for his predecessors. It may not be what the sort of person who writes a threatening message on a bedsheet wants to hear, but Rafa Benitez has the skill-set to bring the Grand Old Team back together.