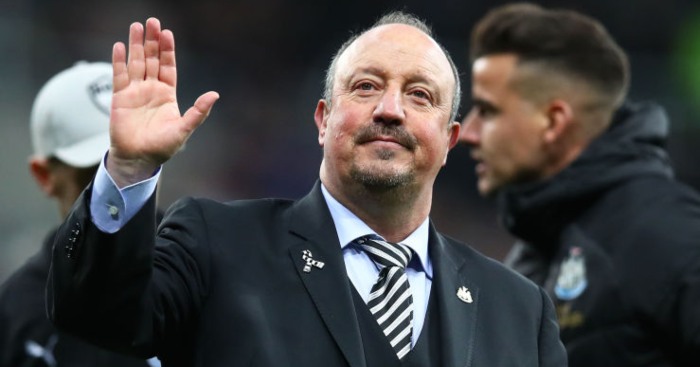 Rafael Benitez wanted to sign a new contract at Newcastle but did not as he felt the club did not share his vision.

Benitez said that although there were “challenging” times he did not regret his decision to move to Tyneside and the only reason he was not still there was a disagreement with those who run the club about how they should move forward.

“Thank you for three fantastic, exciting and, at times, challenging years,” Benitez, whose desire for greater investment in the squad was not shared by owner Mike Ashley, wrote in an open letter to fans.

“From winning the Championship, to our two seasons in the Premier League, fans, staff and players have all been united.

“I wanted to stay, but I didn’t just want to sign an extended contract, I wanted to be part of a project.

“Unfortunately it became increasingly clear to me that those at the top of the club did not share the same vision.

“I’m very sad about that, but I do not regret for one moment my decision to come to Tyneside and I’m very proud about what we achieved together.

“I will always have you in my heart.”