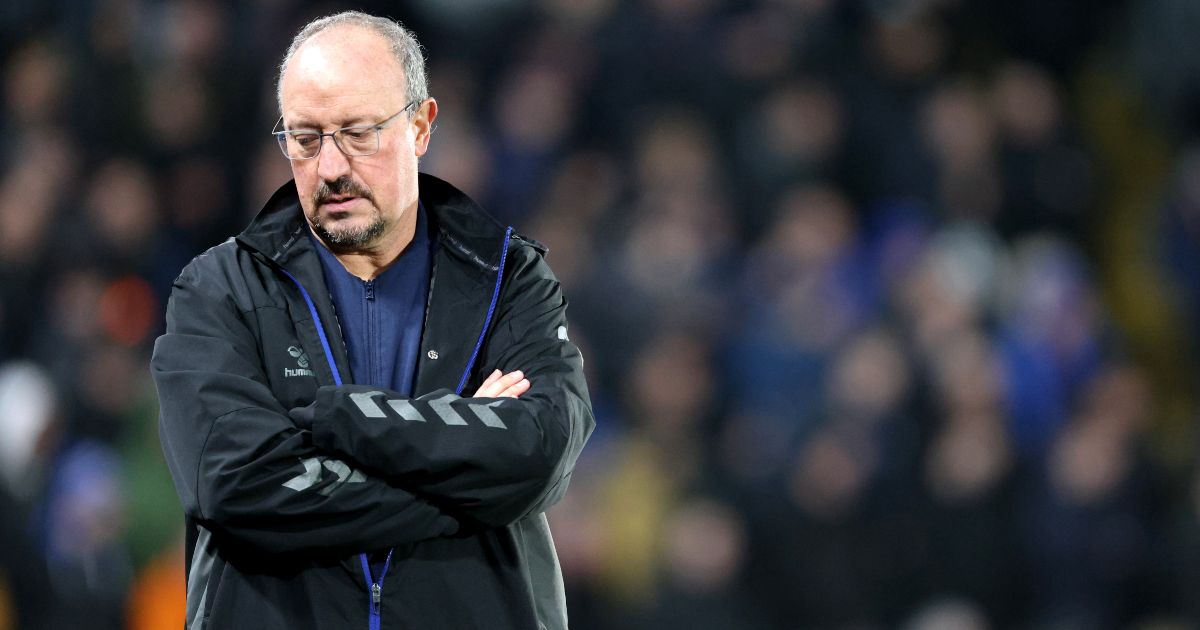 Rafa Benitez was shocked that Everton decided to sack him after putting their faith in his recent decision-making, according to reports.

The Toffees board decided to fire the Spaniard on Sunday following nine defeats in their last 13 Premier League matches.

Their latest 2-1 loss to lowly Norwich City was their most embarrassing to date with Everton now just six points off the relegation zone, although they do have two games in hand on the 18th-placed Canaries.

The Everton fans were calling for Benitez to leave the club before the game, with banners held aloft, and two goals in quick succession from a Michael Keane own goal and Adam Idah put the home side on course for a coveted victory.

In a statement, Benitez insisted that “it is only when you are inside that you realise the magnitude of the task” at Goodison Park with the Spaniard hinting the club needs a major rebuild.

And now The Athletic have added that Benitez was ‘saddened by what has happened’ but ‘feels he was working for a dysfunctional club where the owner takes too much heed of agent talk, both in terms of recruitment and tactics, and there are too many moving parts among the hierarchy’.

Benitez was ‘surprised the club sacked him weeks after allowing [Marcel] Brands to leave’ and also backing him in his belief that Lucas Digne should be sold to Aston Villa.

One of the main issues that Benitez identified is that ‘some of Everton’s first-team players struggle to perform in front of the Goodison faithful and buckle under the expectations of the fanbase.’

Meanwhile, former Premier League striker Noel Whelan wonders whether it can get “any worse” at Everton after a “shambles” of a season.

“The word is shambles,” Whelan told Football Insider. “I really feel sorry for the Everton fans at the moment. The amount of money that has been wasted at that club, the number of players they’ve brought in – what’s happening is unbelievable, it’s just been one disaster after another.

“Bringing Benitez in was a risk in itself, and it really hasn’t paid off. As a result, they’ve lost the director of football in Brands and one of your best players and fan favourite in Digne. He’s caused a lot of damage.

“Can it get any worse for them? Where they are in the table really reflects what is going on off the pitch right now.

“The next manager has to be the right one. They could well be fighting right up until the end of the season to stay in the division. It could be about to get even worse.”