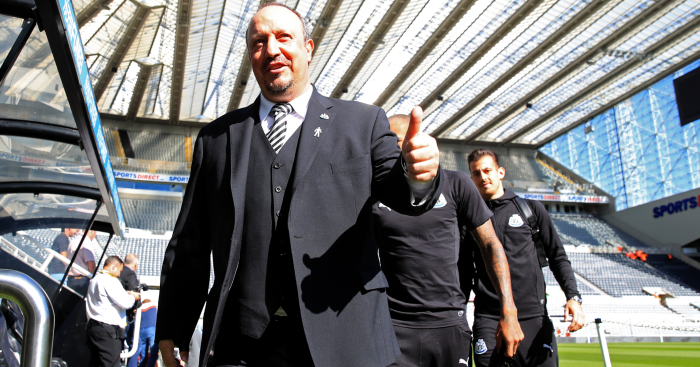 Rafael Benitez has revealed he has turned down approaches from other clubs in order to stay at Newcastle.

Benitez returns to former club Chelsea on Saturday with the Magpies, who are chasing their first Premier League win in five matches.

The Spaniard’s squad has yet to be strengthened during the transfer window and as fans wait to learn of any progress with on going takeover talks, an air of despondency has descended on St James’ Park.

“I had teams, agents, talking with more money than here,” said Benitez, whose side have slipped to within two points of the drop zone.

“When I say more money, more money than here. But still I want to do something here, I want to stay in England.

“I’m close to my family, the fans have been fantastic, so you try to do something properly. It’s a challenge, but it’s a risk. Yes, it’s a risk.

“But it’s a challenge and I will try to do my best to win every single game.”