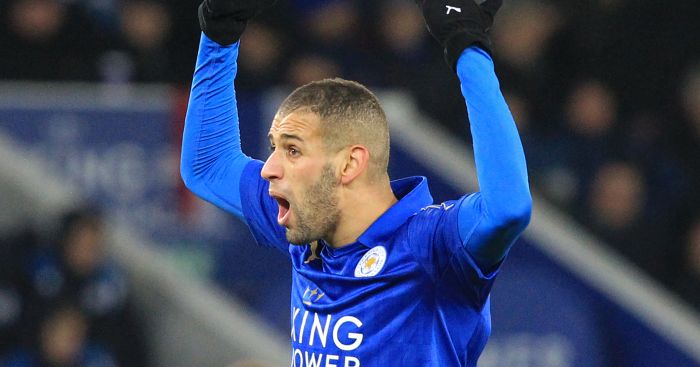 Islam Slimani has sealed a loan move to Newcastle from Leicester until the end of the season.

The striker, the Foxes’ £30million record signing, joins to help the Magpies’ battle against relegation.

“It’s a great thing for me and for Newcastle. I’m happy to be here. Hopefully I can come here and be able to give them a hand,” Slimani told the club’s official website.

“Knowing the power of the fans and crowd here and how great they are, and also speaking to the manager, it gave me the confidence that this was the right choice.”

Newcastle boss Rafa Benitez has been desperately chasing reinforcements with the club a point above the bottom three after Wednesday’s 1-1 draw with Burnley.

He added: “Slimani is a player with experience in the Premier league, and obviously we were looking for that.

“He is a player who can fight with defenders, challenge and score goals. Hopefully he can give us some experience and some different characteristics to the strikers that we have at the moment.”

The collapse of Amanda Staveley’s takeover left the Magpies’ transfer plans in limbo but they have managed to sign Slimani.

The Algeria international has failed to impress at the King Power Stadium since his record move in August 2016.

He has scored just 13 times – eight in the Premier League – in 46 appearances having struggled under Claudio Ranieri, Craig Shakespeare and Claude Puel.

Leicester had planned to keep one of Slimani or Leonardo Ulloa but they have both left the club on loan this month, with Ulloa returning to Brighton.

Ahmed Musa also left on loan to CSKA Moscow during a clear out of the Foxes’ strikers.